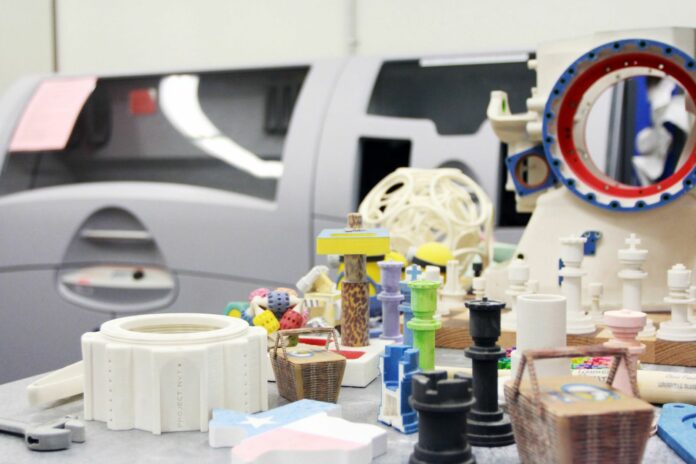 The hottest engineering technology becomes available to all students

However, not everyone who wants to use a 3D printer needs an extensive knowledge of materials science. Nor do they have to aim to build something as complicated as a prosthetic leg.

In fact, on Wednesday, a handful of undergraduate students walked into the Engineering Student Startup Center (ESSC) in Academic Surge 2060 for a free 3D printing workshop. They were greeted by a small 3D model of Yoda from Star Wars. The model was printed in a machine that is available for students of all majors to use free of charge.

“All students have to do to use the printer is to sign up for one workshop to learn about basic usage and safety,” said ESSC director Dr. Lucas Arzola. “We give them a quiz so they can be certified and prove that they have learned how to use it safely.”

The goal of 3D printing, or “additive manufacturing,” is to create solid objects from a digital computer file. The process starts by slowly adding plastic volume layer by layer. With the machine, as plastic melts to form a new layer, previous layers begin to shrink as they cool down. Eventually, the successive layers add up to create the entire object.

According to Arzola, the ESSC is a leader in 3D printing safety. Research suggests that 3D printing generates nanoparticles by melting plastic. However, research about the dangers the nanoparticles pose is still ongoing, and there are currently no specific safety measures for a 3D printer. The ESSC has taken extra precautions and installed a fume hood above the printer to absorb nanoparticles.

“We’re very big on safety here,” Arzola said. “In that sense, we’d like to think that we’re a leader [in] safety. There are other 3D printers on campus, but to my knowledge, this is the only one with a fume hood and the only one available to all students.”

The safety procedures used with the printer were developed in part by second-year mechanical engineering major Kendall Lui, who is also a student manager employed by the ESSC. Lui and his co-workers, including fourth-year aerospace engineering major Kevin Arcalas, will teach the safety and training workshops, held weekly throughout spring quarter.

The managers themselves are self-taught — Lui built his own 3D printer while still in high school, and Arcalas read manuals and experimented with the printer over the summer. Arcalas strongly believes in the trial-and-error process.

“To really learn about this machine, the students that come to the workshops actually have to use it,” Arcalas said. “There’s always a student manager watching, and of course we’ll approve what they want to print before they begin. But sometimes things can happen during the process.”

Lui roughly estimates that the printer has a 20 percent success rate and that 80 percent of projects experience small problems. The ESSC printer lacks a heating bed, a component that other 3D printers often have. The printing process warps the object and can cause it to remove itself off the printing bed, and a heating bed would keep layers consistently warm.

3D printing also requires a lot of patience. The entire process can take several hours to complete — the Yoda model took 16. Since the printer in the ESSC does not have the capacity to manufacture multiple copies of the same product, it is mainly used for smaller projects and prototypes.

“Many students use the printer for their senior project, and need to build brackets for whatever they are building. I’ve also seen some cool things like a small whistle or a nametag,” Lui said. “What they build doesn’t necessarily have to be something that’s useful in the long run. Part of our goal is just to give these students exposure to 3D printing.”

Arzola believes that this exposure will allow people to see that 3D printing and self-manufacturing can become commonplace.

“The 3D printer is the hottest technology around right now. It used to be really difficult to manufacture a product that was tangible, and it was also really expensive,” Arzola said. “What 3D printing is doing is making manufacturing more accessible to everyone. In the future you might imagine that 3D printers will become so cheap and commonplace that even little kids can have it in their houses and make their own toys.”