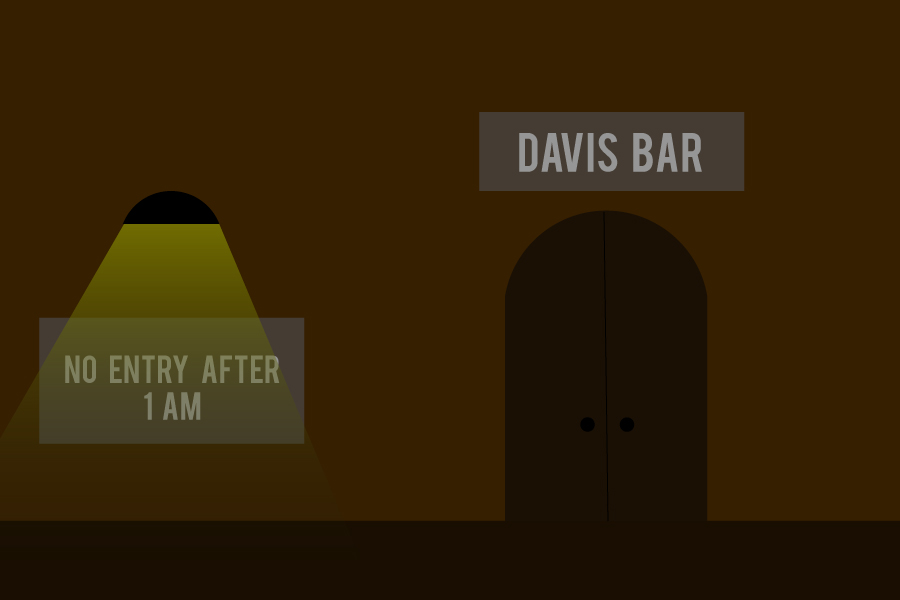 Downtown Davis has seen a significant decrease in alcohol-related incidents since the Entertainment Permit Ordinance was enacted in 2016 in response to a fatal stabbing at KetMoRee.

Brett Lee, the mayor pro tempore of Davis, explained that the ordinance, along with other precautions, were implemented in order to make downtown Davis safer.

“It was because of the murder at KetMoRee,” Lee said. “Unfortunately, someone was stabbed to death there. Because of that, we wanted to increase the safety for folks, so we implemented a variety of measures.”

Paul Doroshov, the public information officer for the Davis Police Department, explained the extent of the ordinance and how it may have caused a decrease in alcohol-related incidents.

“The Entertainment Ordinance was implemented as one of the efforts the city has been making to crack down on safety in the downtown area surrounding specifically alcohol consumption and establishments,” Doroshov said. “I know there has been a decrease in alcohol-related calls since then.”

However, the ordinance comes with limitations, one of which included a requirement for nightclubs and bars to have a soft closure at 1 a.m. According to The Davis Enterprise, Tom Jobst, the owner of Froggy’s Bar, is against the ordinance, believing that there is no specific correlation between the limitations businesses now have and the lack of alcohol-related violence.

“The students at UC Davis are simply not the same students we were dealing with 20 years ago,” Jobst said in an article for Davis Enterprise. “Alcohol consumption was out of control, and that’s significantly changed. The way that people socialize is far different.”

Doroshov stated that there may be some correlation, but there are other factors that could also have contributed to this decline.

“I think the soft closure does help because a lot of times, fights and aggressive behavior break out right around that kind of hour,” Doroshov said. “I think the soft closure helps prevent that big, huge crowd on bar nights, which [also] prevents conflicts, [but] I can’t say the Entertainment Ordinance is responsible. I don’t know if any one thing is responsible — I think, if anything, it is probably a combination of serious efforts.”

Other efforts include different policing methods in downtown.

“We implemented more community-style policing where officers are around on foot engaging more that way instead of just responding when there is a fight,” Doroshov said. “We have more preventative policing, [and] we work closely with the downtown bars. We’ve made various efforts across the board to enhance safety altogether.”

Similarly, Lee emphasized that there is no direct causality between the ordinance and the decline in such violence.

“I think there is a correlation, [but] I don’t know if it’s causality because we did a fuller package of things,” Lee said. “For instance, there is better screening for people going in and out of bars, making sure they aren’t carrying weapons. The security guards who work at bars now have a higher standard of training that they have to meet. There’s improved ratios so that there’s more security staff per number of people in the bars. I think those have had an effect.”

The soft closure requirement was only one of the tactics used to lessen alcohol-related crime.

“It seems to be an important component of what we implemented. However, it is part of a package as a part of an intervention,” Lee said.

Lee also acknowledged that some of the bar owners have expressed concern, as the soft closures are a disadvantage for their businesses.

“What we asked the police to do is to work with the bar owners,” Lee said. “Some of the bar owners seemed to have really improved the security for bar patrons. Many of the bars are not happy with the soft closure, feeling as though they are losing business. What we really want to do is to take a look and see if we can change that 1 a.m. soft closure and see if we can maintain a safe environment downtown while being more accommodating to the bar owners for those who are seriously taking the changes we are making.”

Nevertheless, Doroshov noted that there is still room for improvement.

“It’s a new ordinance, [and] I think it will need time and feedback to fine-tune it,” Doroshov said. “The ordinance is not always a one-size-fits-all, depending on bars and their venues — which have different requirements — so I think that keeping that in mind helps because not every establishment is the same.”