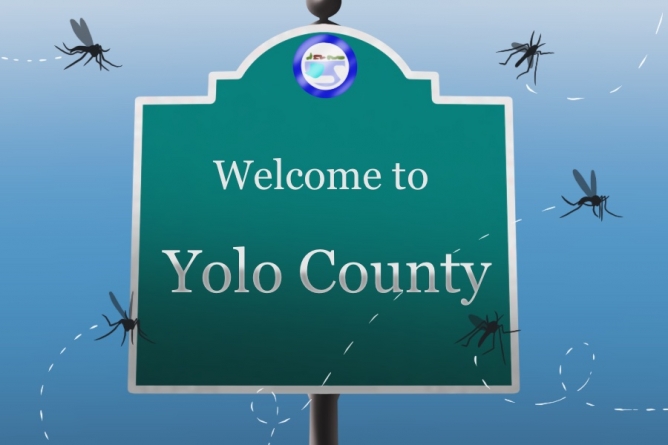 Mosquitoes, dead birds from both counties have tested positive for the virus

Public health officials overseeing Yolo and Sacramento County have confirmed the presence of mosquitoes infected with the West Nile virus in both counties. Officials are advising residents to take steps to prevent infection during mosquito season, which began in early August and is set to end in mid-to-late October.

While there are no cases of humans being infected with the virus in either Sacramento or Yolo County, there are 89 confirmed human infection cases in California, with two related deaths, according to the state government’s West Nile website.

According to Luz Marie Robles, the public information officer at the Sacramento-Yolo Mosquito and Vector Control District, there are more positive samples of the virus this year compared to last year in Yolo County. These numbers don’t necessarily indicate a spike in West Nile virus activity in the area. Compared to state and regional averages, this season has been “slow” for West Nile Virus, Robles said.

Moreover, Robles said it’s fairly typical for the number of positive samples of West Nile virus in the region to fluctuate from year to year.

“If we have mosquitoes that test positive in Davis, for example, we would respond by conducting ground treatments, either with a truck sprayer [or] a backpack sprayer,” Robles said. “We would treat parks, grasslands, open areas [or] maybe in neighborhoods where the West Nile virus has been detected. The overall goal is to suppress mosquito populations quickly before they pose a threat to residents.”

Those who are interested in learning more about these mosquito sprays, including where and when they will occur next, can find more information on the Sacramento-Yolo Mosquito and Vector Control Spraying Updates page.

Humans and animals are primarily exposed to the West Nile virus from mosquito bites, which spreads by blood transmission, according to the Center for Disease Control.

Most humans infected with the virus — roughly eight in 10 — don’t develop any symptoms. A minority of those infected experience flu-like symptoms, often followed by an extended period of fatigue, according to the CDC’s information page on the virus.

“About one in five people who are infected develop a fever with other symptoms such as headache, body aches, joint pains, vomiting, diarrhea or rash,” the department reports. “Most people with this type of West Nile virus disease recover completely, but fatigue and weakness can last for weeks or months.”

A much smaller minority of those infected — about one in 150 — develop serious and potentially life-threatening illnesses, such as meningitis or encephalitis that can affect the central nervous system. Last year, there were 11 deaths in California related to the virus, according to the state’s West Nile page.

To combat the spread of West Nile virus, the City of Davis website advises residents to practice what they call the “District D’s of Mosquito Prevention.”

“DRAIN any standing water that may produce mosquitoes,” the site reads. “DAWN and DUSK are times to avoid being outdoors. DRESS appropriately by wearing long sleeves and pants when outside. DEFEND yourself by using an effective mosquito repellent… DOOR and window screens should be in good working condition. DISTRICT personnel are also available to address any mosquito problems.”