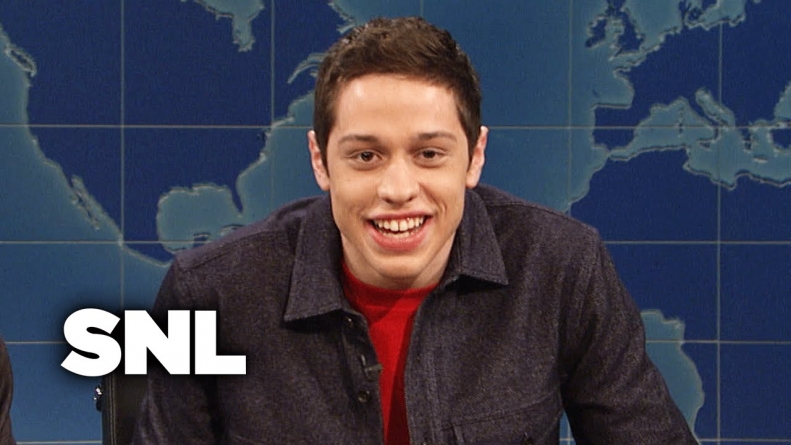 For every amount of praise Davidson receives, he is involved in double the amount of controversy — and the American public can’t get enough of it

Pete Davidson has become quite the controversial character over the last few years. The Staten Island native made a name for himself as one of the youngest “Saturday Night Live” cast members, joining the cast in 2014 at just 20-years-old.

His career at SNL has been a bit turbulent. When featured in sketches, he is often seen breaking character. He has a few characters and impersonations under his belt, but they usually fall flat and feel more like Pete Davidson playing the character rather than immersing himself in it.

Where he truly shines on the show is when he was featured as himself as a guest on the Weekend Update segment. As himself, he is able to do a charismatic, rambling sort of stand-up routine on controversial topics such as the charges against R. Kelly’s sexual abuse charges or the rise of sexually transmited diseases.

Davidson is so good in these segments due to his self-deprecating humor and the way he infuses his own life into the controversies he speaks about. Davidson has never shied away from his personal traumas — he frequently jokes about his late father, a firefighter who died in the 9/11 attacks, as well as his Borderline Personality Disorder and Crohn’s disease.

His fearlessness in discussing these topics, as well as the rash decisions he makes in his personal life (like getting a Hillary Clinton tattoo on his leg), has led him to be seen in the public eye as SNL’s resident “bad boy.”

Davidson became a household name only after his whirlwind romance with pop star Ariana Grande. The two started publically dating in May of 2018, and by June, rumors started circulating that the two had gotten engaged. By October, the two had split.

Since then, Davidson’s career and personal life have been somewhat turbulent. After the breakup, he posted a cryptic message on his Instagram profile, hinting at his suicidal thoughts. Fans and friends of his called the police and he was accounted for before anything happened. He then joked about the ordeal on another Weekend Update segment.

More recently, his Netflix special debuted on Feb. 25 and, on March 13, his starring role in the coming-of-age film “Big Time Adolescence” where he simply played a dramatized version of himself hit the small screen on Hulu.

He spoke in an interview with Charlamagne Tha God about possibly ending his SNL career.

“For what I can do on the show, which is just barely anything — and it’s just Weekend Update,” Davidson said. “I feel like I’ve done 30 of those and I just feel like, ‘Yeah, I’ve done as much as I can over there.’”

As far as his work as a comedian, people seem to be torn on how talented a performer he truly is. Third-year English major Tyler Justin Pruyn is a member of the Birdstrike Theatre Improv group on campus. As a comedian himself, Pruyn understands Davidson’s appeal, but doesn’t appreciate his style.

“I think he is a different comedian,” Pruyn said. “I don’t find him charming, but he seems like a cool guy. I’ve seen both his SNL and stand-up stuff. I think both rely on you liking him as a person.”

Pruyn’s opinion was similar to critics who reviewed his Netflix standup special, “Pete Davidson: Alive from New York.” Jason Zinoman of The New York Times critiqued that Davidson’s unique form of charisma is what makes him so hard to understand.

“Such incongruities mark his man-child persona,” Zinoman writes. “Swagger alternates with sensitivity. An indifferent stare periodically turns into a gaping grin. Like the biggest stars, he’s fun to look at. But you can’t do it for long without worrying a little.”

This is in part what makes Davidson such a decisive character. Some lean more towards empathy in regards to him, while others find him more unsettling and disturbing.

Another member of the Birdstrike Theater, Chloe Wasil, a second-year theatre and dance major, said she doesn’t have much of an opinion of Pete Davidson either way.

“He probably gets by on his cool-boy attitude, I don’t find him particularly funny,” Wasil said. “I like watching him, but I don’t think his content is anything spectacular or even new.”

It will be interesting to see where Davidson’s career goes from here. After his critical comments about the series, it is unknown whether he will return for another season of SNL. He will also be starring in a Judd Apatow film titled “The King of Staten Island,” which is slated to debut this summer.