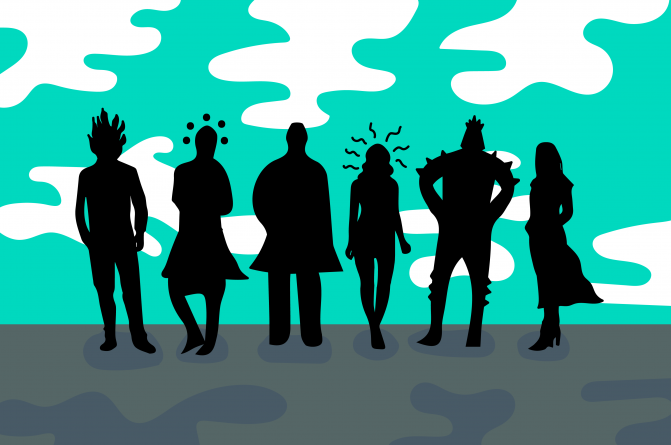 Students discuss Tamarkoz and other lessons from course

The Tamarkoz® method, a practice rooted in Sufism, has one primary goal: to empty your mind. When done right, this fundamental emptiness is said to come with an array of benefits that may be especially attractive to students stressed about the global pandemic.

“Becoming an Extraordinary Human,” the first-year seminar offered by Assistant Professor Mohammed Sadoghi and Professor Emeritus Lynn Wilcox, lists goals such as “stress mastery,” “development of physical awareness and control” and “increased self-confidence.” Although the main focus of the practice seems to be cognition, it is actually the strengthening of the heart, which is the location of the main electromagnetic center in the body.

“The unique thing about this particular practice is being heart-centered,” Sadoghi said. “So all the attention, all the focus, is going to be […] on the heart.”

Sadoghi, who began learning about the practice between earning his master’s degree and his Ph.D, has been practicing the Tamarkoz® method for almost 12 years.

During the seminar, each session of the Tamarkoz® method is broken into a few main components. It starts with quieting the mind, then moves onto breathing techniques aimed at increasing breath capacity, followed by slow movements of the body called “Movazeneh,” which translates to “balance.” After these steps comes progressive relaxation and finally visualization, which is the most outlandish bit of the 50-minute session, according to first-year biological sciences major Elena DeLoizaga, who took the seminar in Winter Quarter.

“One of the times, [the professor] was like, ‘Imagine you’re a flower, or imagine you’re a river,’” DeLoizaga said. “You basically just close your eyes and imagine it. And after 20 minutes, you wake up, but you weren’t really sleeping.”

Sadoghi discussed visualizations and what to expect from them.

“It’s not about it being difficult,” Sadoghi said. “Some people can’t visualize and that’s fine. Sometimes they might get images — they may see, they may not see, that’s fine. But just going through it, it’s effective.”

Students may have different expectations regarding what they’ll gain from sitting in a room with their eyes closed as they follow vocal instruction. While one person may expect to temporarily travel to an alternate realm, another may expect an awakening of the soul.

First-year sustainable environmental design major Jonah Brees took the seminar and opened up to the Tamarkoz® method. He now understands the benefits of the practice.

“I think it gave me a lot of areas to work on and a lot of techniques I could practice to improve [myself],” Brees said. “It gave me an ability to be more introspective and reflective on my actions, and just living in general. I would definitely recommend this seminar to people who are stressed, just because it’s sort of an outlet to just pause and really focus on your body for, like, an hour. You really just completely push everything to the side, and you just physically [and] emotionally analyze every aspect of who you are and how you’re doing.”

Other components of the course include tips on how to balance your daily activities and habits to practice better mental clarity. Students even receive a handout with a pie chart that they fill out with the activities they want to focus more or less time on, aiming to help them gain a better understanding of themselves and their priorities.

“I definitely want to do it again,” DeLoizaga said. “If I could, I would sign up for it again, for sure.”

As a part of the curriculum, students also fill out a sheet at the beginning and end of the 50-minute sessions, describing how they feel, along with meditating for shorter intervals at home. The seminar is a one-unit pass/no pass course. An online version of the seminar is scheduled for Spring Quarter 2020.