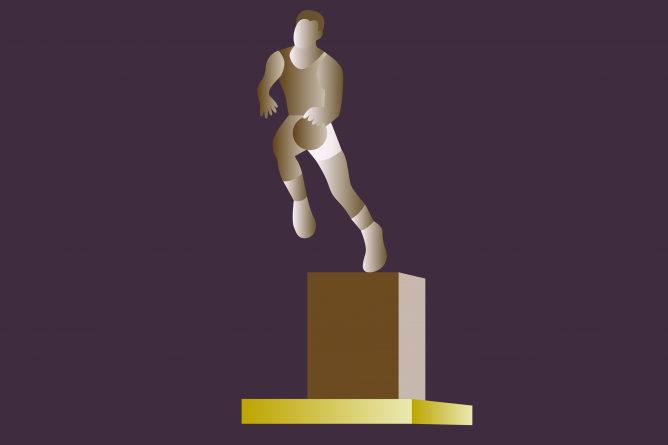 After a short 71 day offseason, the National Basketball Association (NBA) was determined to make this season work and be successful even with COVID-19 still being a major factor worldwide. But, what the league failed to realize when the decision was made was the possible implications this could have on players’ bodies. With injury problems plaguing the league, they have found their way into the Most Valuable Player (MVP) discussion, as recent events have only made it even harder to pinpoint the favorite.

For the majority of the season so far, Philadelphia 76ers star center Joel Embiid has been the frontrunner for MVP. Averaging just under 30 points, 11 rebounds and 1.4 blocks a game, Embiid has elevated his game and his team to the first seed in the Eastern Conference. Highlighted by a 50-point game earlier in the season against the Chicago Bulls, Embiid has been spectacular on both ends of the floor. Although he has an impressive resume, his durability reared its ugly head again.

Embiid has not played more than 64 games in a season throughout his career. He missed the first two years with a foot injury and in early March, the injury bug caught him again. Embiid suffered a knee injury which later was officially called a left knee bone bruise. This injury will sideline him for a couple of weeks at the very minimum, and he has now missed 15 games in this season alone as it stands. That means that he will unlikely get the MVP barring something unforeseen, as NBA voters are more likely to pick someone who did not miss extended periods of time. Once seen as the clear front runner, Embiid may have once again lost his chance at the MVP trophy.

Someone very familiar with MVPs is Los Angeles Lakers star LeBron James, who owns four of those himself. The 18-year veteran and four-time champion has had to carry the load himself as his co-star Anthony Davis heals from his own injury. James has done that and more, as he averages 25 points a game and seven rebounds and assists while shooting 50 percent from the field. With his Lakers near the top of the Western Conference standings, James’ path to his fifth MVP was clear—until it wasn’t.

On March 20 in a game vs the Atlanta Hawks, James suffered a high ankle sprain after Hawks’ Solomon Hill fell on his lower leg, causing it to bend outward. Due to this, James has been listed as out “indefinitely” and will miss anywhere from four weeks to possibly more. It is a brutal injury for a player who has been able to battle for 18-years with minimal injuries, but his recent occurrence may cost him one of his last runs at MVP.

With Embiid and James out for the foreseeable future, Denver Nuggets center Nikola Jokic has emerged as one of the odds on favorites. According to FanDuel, Jokic is now at +115 odds to win MVP, climbing his way atop the rankings. Averaging 27 points a game, Jokic has dazzled everyone with his ability to do everything on the offensive end. His ability to pass is not common for 6’11 players, but his 8.6 assists a game puts him sixth in the league. His consistent improvement yearly is not shocking, but with his team on the rise in the standings and the most recent injuries, it seems as though Jokic is in control at the moment. If he can continue his impressive season and lead his team to one of the top three seeds in the Western Conference, it will make his chance at MVP that much greater.

There are many more MVP candidates that have gotten their well deserved recognition, like Portland Trail Blazers guard Damian Lillard. His 30 points, 7.6 assists and 4.4 rebounds a game has kept his team afloat while they battle through some injuries to key players. Currently at sixth in the Western Conference, Lillard will need to climb the standings into the top half of the playoff teams if he wants to have a legit shot at the award. Nonetheless, his impressive numbers and ability to carry his team has caught the eye of many, as he tries to claim his first MVP of his career.

For now, it seems like it will come down to a battle between Jokic and Lillard. But, that does not mean that they are the only two with legit arguments. Rather, a sense of voter fatigue and situation has blocked some players from possibly getting into the race up until this point.

When it comes to former MVPs James Harden from the Brooklyn Nets and Giannis Antetokounmpo from the Milwaukee Bucks, it is possible to make an MVP case for them every year. Harden was traded from the Houston Rockets midseason in a situation that got very messy, so it is possible that his good graces with the voters may not be there this season. But, he is averaging 25.7 points, 11.5 assists and 9.1 rebounds a game—a near triple-double. With fellow star Kevin Durant being sidelined the majority of the season, Harden’s play has kept the Nets as one of the most dangerous teams. It is unknown how his situation in Houston will affect how voters look at him, but there is no doubt that he has been one of the better performers this season.

In Antetokounmpo’s case, the two-time MVP won both his awards the last two seasons, which could explain why he might not get much attention. Putting up nearly what he did in his MVP years, Antetokounmpo has put together a great year, averaging nearly 29 points, 12 rebounds and a career-high six assists a game. With Milwaukee currently near the top of the Eastern Conference, Giannis’ argument could get stronger as the season goes on. But, voter fatigue may become an issue, as his last two consecutive awards may sway some voters to go in another direction. If he does in fact win his third straight MVP award, he would be just the fourth player in NBA history to have done so, joining hall of farmers Wilt Chamberlain, Bill Russell and Larry Bird, who was the last to do it from 1983-1985.

There is a solid case for every one of these individuals, but for one reason or another, they all have something that may hinder them from doing so. With less than two months left in the regular season, the battles for standings and playoff positioning will only begin to intensify as the year progresses. As it stands, it seems like the candidates are narrowing down. But as everyone has learned so far in this season, you never know what twists and turns are yet to come.