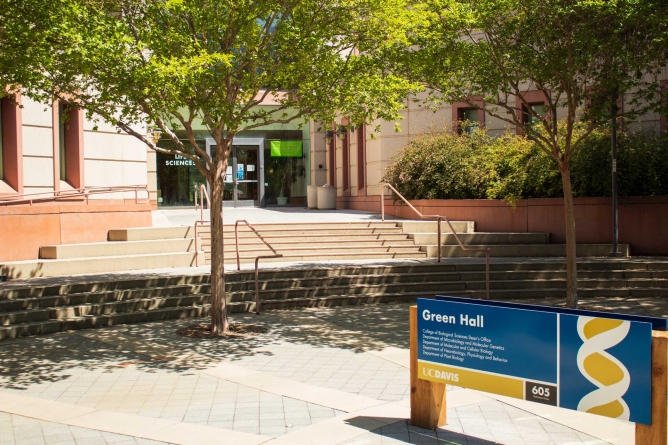 The new human biology major is currently only open by lottery to College of Biological Sciences students who entered UC Davis as freshmen and have met other requirements detailed on the major’s website—200 students will be admitted into the major starting fall 2021.

Professor Ken Kaplan, the vice-chair of the Department of Molecular and Cellular Biology, and Professor Aldrin Gomes co-created the major, which will be offered to students with second-year status. According to Kaplan, human biology is a topic central to biological sciences that hasn’t been given a sufficient platform at UC Davis.

“A lot of us in biology think all the time about human biology whether we study model organisms or not, so it’s central to how we think, and I think there’s a recognized need to help students see that,” Kaplan said. “[We’ve] got micro[biology] majors, neurobiology majors and cell biology majors and they all study different organisms, but this is an opportunity to really focus our teaching on human systems in a way that we haven’t had a chance to do.”

Jasmine Taros, a second-year biological sciences major, said she had been considering other majors as she approached her third year at UC Davis and wished she could apply to a major that involved the human side of biology.

“I was thinking about cell bio and I was even thinking to myself, ‘I wish they had a human bio major,’ because ever since a young age, I’ve always liked bio but […] always liked the chapters that have to do with the human bio rather than the plant part,” Taros said.

Professor Aldrin Gomes, the vice-chair of the neurobiology, physiology and behavior (NPB) major, believes that the new major will allow students to take more diverse biology classes than other majors in the college.

“We wanted something where students can actually have access to anything in other majors that they thought [was] very useful for them going forward,” Gomes said. “For example, in a microbiology lab, if a student was only an NPB major, […] it wouldn’t give credit toward [their] major,” Gomes said. “Now, they can still do things like that and get credit toward the major.”

One of Kaplan’s motivations for wanting to implement the human biology major was that it integrates a wide array of laboratory subjects, whereas labs in other College of Biological Sciences majors have a more narrow focus.

“To me, one thing that’s super exciting is that now, students can satisfy their laboratory requirements […] choosing from this menu of really exciting laboratory courses that span microbiology, biochemistry, physiology,” Kaplan said. “There’s just so many opportunities for them to pick from these laboratory choices that they may not have had access to before.”

As a part of most majors within the College of Biological Sciences, students will take certain upper-division restricted electives pertaining to their major. According to Kaplan, the new major’s restricted electives will incorporate both the natural science and social science concepts necessary to understand human biology.

“We will have courses from anthropology introduced as one of those restrictive electives, so not only do they get courses that we’re used to teaching here, but they’re going to get exposed to human biology from different perspectives across the university,” Kaplan said. “My vision is that we continue to work on bringing in those kinds of courses from outside because human biology is more than just the molecules and the genes and the proteins and the organs, it’s also how it affects society, […] medicine and policy.”

Gomes said that he and Kaplan plan to increase the number of students in the major after five years.

“The tentative plan was for five years at a cap of 200 because we want to give a good experience to students and if problems arise, we want to be able to handle it and get a well-oiled major before we start to let everyone who wants to do it in,” Gomes said.

Gomes and Kaplan plan to continue revising the major as it progresses.

“It allows us now to leverage the strengths of all the departments instead of just one department to really create something that is like a live-in document which you continue to improve, and in future years, we’re actually thinking about specific courses to add that will add value to the major,” Gomes said.
Written by: Lyra Farrell — features@theaggie.org