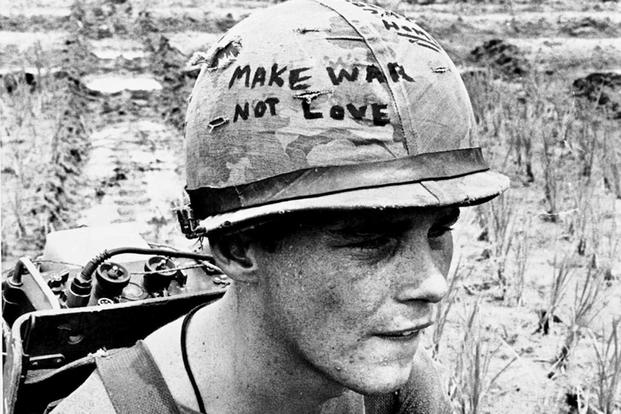 Soldiers don’t get to pick their own battles, so stop treating them like they do

Being willing to put your life on the line is the ultimate sacrifice. Standing in the face of danger for your country is an incredibly noble thing to do, and veterans need to be treated like it, regardless of the cause they fought for. Whether they were drafted into the ill-advised Vietnam campaign or were defending the world against the Nazis, veterans need to be treated with respect for their efforts. Soldiers need to stop getting judged based on the cause they fought for and instead be respected for their service.

Blaming a general soldier for fighting in Vietnam is not fair. The war was not a great one, but that doesn’t diminish what the soldiers did for our country. A typical soldier doesn’t get to choose his battles. They don’t have the option of opting out if they don’t like their post. They may even agree with you that the war is not for a just cause, but there is nothing they can do about it.

Our battles are picked by the government and declared by the president. Enlistees play no part in that decision so we should not diminish their sacrifices for our country.

The government could start the draft in the U.S. tomorrow, and all men, regardless of whether they agree with what they are fighting for, are eligible to be chosen and obligated to serve. The law forbids you from saying no (unless, of course, you have money like former president Donald Trump). You don’t get to choose the cause, and you aren’t the next Spiderman, so you don’t get to lead a heroic effort to change the cause either. You do your job for your country, even if the country made a mistake.

Just because we “lost” in Vietnam doesn’t mean that we can treat its veterans worse than others. Our current criteria for how we evaluate our veterans is whether they fought in a winning war—that needs to be recognized and changed.

When our soldiers returned from Vietnam after fearing for their lives in a dangerous jungle, were they met with the parades typical for a returning military? No, they were met with middle fingers and spit. In the short-term, we treated Confederate soldiers better than our Vietnam veterans. Okay, most soldiers weren’t met with middle fingers and spit, thank god, but almost every soldier felt like they didn’t belong after they returned. Just trying to return to their daily lives was difficult. They were often avoided by other Americans. They couldn’t even find solace with other veterans, who looked down on them for losing the battle they didn’t fight by choice. It’s no wonder we barely hear about the Vietnam War today. Every veteran who truthfully tried to talk about it was outcast and looked down upon, so bottling up their stories and emotions seemed like a great idea.

We were blaming our men on the ground for losing, not the government for picking the battle.

It wasn’t just the general population who mistreated the veterans. Veterans often returned back to the U.S. with little to no support. The government often didn’t follow through on their promises, stripping soldiers of much-needed benefits. Some soldiers were unable to get health care for developing issues as a result of their stay in the Vietnam jungle, while others didn’t get the credit towards their studies they needed to build a post-military life. And we didn’t help them face the mental strain of the war; we completely ignored it and even made it worse by treating them poorly.

Disservices like this are frankly unacceptable for a country like ours. Our veterans are still feeling its effects today. While the government has finally given them their due over the years, they still have a negative stigma in today’s society that we need to squash. Our mindsets are changing and our treatment of Vietnam soldiers is slowly improving, but we still have a long way to go. Just remember for now and the future—blame the government for picking the war, not the soldiers for losing the battle.