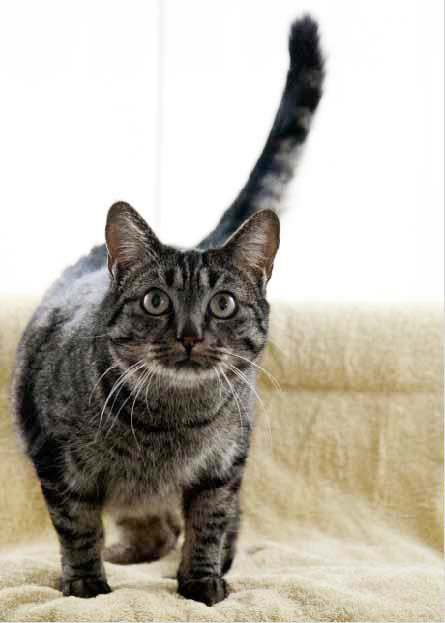 If you’ve been missing the family dog or have ever considered kidnapping your neighbor’s cat, now is the time to act. But leave the neighbors alone and visit the Yolo County Animal Shelter instead.

To promote adoption, the Yolo County Animal Shelter in Woodland has significantly lowered its fees. Every Friday through Feb. 17, all adoptions are only $5. Other days of the week, Chihuahuas, pit bulls and mixes of those breeds will be $50, and all other breeds of dogs and all cats and kittens will be $90. These fees include spay or neuter surgery, deworming, microchips and vaccinations among other things, and according to Ana McCormick, a fourth-year economics major and volunteer at the shelter, it’s an incredible deal.

“We’ve seen a decline in our adoption rate, maybe due to the cold weather,” Delany said. “We’re really hoping to get some adopters in to see the great animals we have.”

The animals at the shelter can come from anywhere in Yolo County. Some are strays that people find and call in, though others might be surrendered by their owners.

“People call in and we’ll send an officer out, and hopefully he will be able to get the [animal],” McCormick said. “The Stray Area is where we keep the animals for 72 hours in hopes that the owner will come and pick them up.”

According to McCormick, if the owner does come, there’s a bit of paperwork and then they’re free to take their pets and go. Some animals might not be picked up by previous owners, however, and still others might even be surrendered.

McCormick also stated that while many people’s animals can get loose or lost, there is also a lot of intentional animal dumping.

“Once there was a little dog — she had nail polish on. She got to the adoption floor, but she had nail polish, so she was someone’s pet,” McCormick said. “A lot of people just dump their animal randomly somewhere and we get a lot of amazing, amazing pets.”

If an animal is not picked up during the 72-hour holding period, an animal behaviorist then assesses it and the animal is spayed or neutered and given all of their shots.

“The $5 Fridays, that’s for the spay and neuter, for the vaccination, for the microchip, which is all so much money. It’s an insane deal,” McCormick said.

If the animals aren’t immediately adopted, they remain at the shelter, though McCormick said that the shelter usually has a very high turnover rate.

“We have lots of wonderful dogs, cats, puppies and kittens ready for adoption, and we’re hoping to get them into their new homes as soon as possible,” Delany said.

As much as these animals need homes, however, there are some things to think about before adopting a pet.

“When someone is considering adopting a pet, it is important to be sure that they are in a position to commit to caring for the animal for its lifetime,” said Angela Kinn, Yolo County Animal Shelter manager. “That means that when you take home a kitten, you need to consider that this cat can live another 18 years.”

Kinn warned that lots of things can change in 18 years, and if students feel at all nervous about the commitment, they shouldn’t adopt. The years of commitment aren’t the only thing to think about, though.

Becca Gimlett, a fourth-year German and linguistics double major and lead dog volunteer at the shelter, suggested thinking about whether you can afford to support the animal financially, as food and supplies as well as veterinary emergencies can be expensive.

Living situations can be unfriendly to pets in many ways, from landlord pet rules to unwelcoming roommates, and it’s also important to think about time.

“Dogs need to get out several times a day to ‘do their business,’ need daily exercise and need routine, even if it means waking up at 9 a.m. in the morning [when] you really want to sleep in,” Gimlett said. “Cats are also a time commitment, and need daily attention, litter box cleaning, exercise and feeding each day too.”

According to Gimlett, students often have more time than they claim they do, so the better question is whether they have time in the right spots, and whether they’re willing to give it up for many years to come.

“That being said, I do not want to discourage anyone who truly loves animals and would like to help an animal,” Kinn said. “If you can’t commit for the long-term, then foster.”

Fostering a pet allows people to live with and love an animal, but not be responsible for its care over the next decades. The Yolo County SPCA is a foster home-based animal rescue organization that is separate from the Yolo County Animal Services in Woodland, but the SPCA does have an office at the shelter.

All the animals available for adoption can be seen at www.facebook.com/ycas.shelter or www.yolo.petfinder.com. The shelter is located at 2640 Gibson Road in Woodland.

“When you adopt an animal, you become what we call a ‘forever home,’” Gimlett said. “That means you need to be prepared for your new friend to be with you wherever your life takes you.”

NAOMI NISHIHARA can be reached at features@theaggie.org.