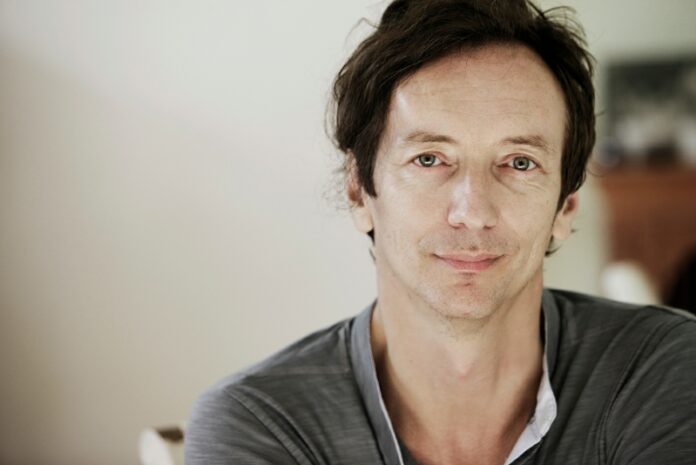 Aggie Arts interns at the Robert and Margrit Mondavi Center for the Performing Arts invited Hauschka, a Dusseldorf-based pianist and composer, to play the experimental work he is best known for on the prepared piano on May 21 at 8 p.m. Adding a modern twist to classical music, Hauschka’s avant-garde arrangements embrace the multitudes of sound strains a piano can produce.

Volker Bertelmann, best known as Hauschka, switched to a more experimental music form after being trained as a classical pianist since the age of 9. By placing miscellaneous objects onto the strings, hammers and dampers, the piano’s sound is altered and creates unique sounds that often resemble those made by other instruments or electronic programs.

“His work can be avant-garde, but it never shuts the audience out,” said Bijan Ghiasi, Aggie Arts intern and a fourth-year English and dramatic arts double major. “You never know what he’s going to play — it could be something pre-existing that he took and transformed, something he composed or it could be completely improvised.”

Some of the objects he uses include tape, erasers, bottle caps, ping pong balls, Tic Tacs and bolts. It can take up to several hours or just a few minutes for Hauschka to prepare a piano, said Erin Vong, Aggie Arts intern and a fourth-year art history and communication double major.

Hauschka composes his own pieces and often improvises while performing. At the Mondavi Center, Hauschka will perform pieces from his recent album, Salon Des Amateurs.

As a part of the Aggie Arts internship at the Mondavi Center, a group of four interns coordinate an event with a classical music component for the Spring Quarter of their three-quarter internship. By inviting Hauschka to perform, they hope to integrate classical music with the UC Davis campus and connect students with classical music in a unique way.

The prepared piano has pre-existing roots at UC Davis, as John Cage, a pioneer of the prepared piano and avant-garde music, was an artist in residency here in 1969. By bringing Hauschka to the Mondavi Center, the interns hope to connect the campus community with the unique approach to classical music that continues to thrive.

“A lot of people don’t know what the prepared piano means or who John Cage is, and this performance would hopefully provide a whole wealth of knowledge that people might not have,” said Maizy Enck, Aggie Arts intern and a fourth-year art history major.

The Aggie Arts Internship at the Mondavi Center, funded by the Andrew W. Mellon Foundation, provides students who are interested in learning how to run a performing arts center the opportunity to participate in its various departments.

With the mission of connecting students and the campus community with the Mondavi Center and the performing arts, the interns also host quarterly study sessions at the Mondavi Center, opening up all floors of the center lobby for students to use during the first Monday of finals week.

“With the Spring Quarter performance and the quarterly study sessions, we hope to build a bridge between the campus community and the Mondavi. It provides the opportunity for students who don’t know much about the classical music or the Mondavi itself to experience it in a unique way,” said Sylvie Truong, Aggie Arts intern and a fourth-year English major.

Hauschka’s performance will begin with an eight-minute video detailing how he prepares the piano, followed by his 90-minute performance, a Q&A session and a complimentary reception in the lobby.

Tickets for Hauschka’s performance are $15 for students, $30 regular, and can be purchased online at tickets.mondaviarts.org or at the Mondavi Center ticket office.