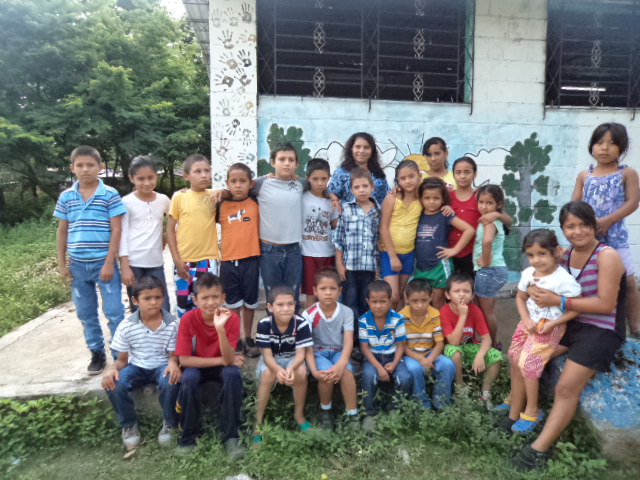 On Nov. 17, a group of volunteers gathered at Cynthia Kellogg’s house, a member of the non-profit Davis Friends of Rutilio Grande, to prepare a mailing of holiday fundraising requests. For the last 23 years, Davis residents have donated money to a community of 80 families in Rutilio Grande, El Salvador.

“They have a two-room school that goes only to sixth grade, so if the children are going to be educated, they have to travel outside the city, and that means they have to pay for transportation, uniforms and books,” Kellogg said.

Davis’ role as a sister city to Rutilio Grande has allowed many students to be educated beyond the sixth grade. Most of the students’ parents are subsistence farmers growing corn and beans either on small plots of land or larger, communally farmed plots.

“These mailings are really helpful, because there are so many good people in Davis that respond to this and the money goes to good people,” said Walter Sherwood, who became involved with Friends of Rutilio Grande after he retired from working as a teacher.

“So we did a huge campaign and raised quite a bit of money for land. And they needed accompaniment … so my partner and I went to help accompany them and we met them on a farming cooperative in Nicaragua,” Kellogg said.

Kellogg and her partner had to return to jobs in the United States and were unable to join the families on their return journey. The families succeeded in making it home, though, and a few months later Kellogg and a delegation from Davis traveled to El Salvador to visit the community. Jean Beckett was a member of that first delegation, and was helping to prepare the envelopes Nov. 17.

“I got involved really by knowing some of the people who were interested … I thought it sounded interesting and I went to the meetings and I got hooked. I loved the people [of Rutilio Grande] when I met them,” Beckett said.

Rutilio Grande is one of Davis’ eight sister cities. Each relationship was founded on different ideals and are connected to Davis for unique reasons. The community of Rutilio Grande was itself founded as a sanctuary city based on peace and social justice.

“Essentially, these sister cities are a way that the city of Davis can form new friendships and new relationships based on areas of mutual interests all across the world,” said Kelly Stachowicz, deputy city manager of Davis.

Stachowicz said that three other sister cities besides Rutilio Grande have quite active relationships with Davis. These are the cities of Wuxi, China; Sang-Ju, Korea and Inuyama, Japan. The relationship with Wuxi, also a university city, was founded in 2003 based on mutual interests in agriculture and food science.

According to former mayor and current sister city ambassador Ruth Asmundson, in 2003, Sang-Ju, Korea requested Davis as a sister city based on three factors: It needed to be a bicycle city, with a university strong in winemaking and surrounded by wineries. After a delegation from Korea visited Davis and decided they wanted to formalize the relationship, Asmundson put a proposal to the city council to approve, which they did in 2004. Sang-Ju’s relationship with Davis includes an employee exchange from Sang-Ju. Currently there is a mid-level administrator from Sang-Ju in Davis for a year to learn about city governance and to send ideas back to Korea. This is the seventh employee Sang-Ju has sent to Davis. In addition to learning about Davis’ city government, the mayor of Sang-Ju has wanted to do exchanges for educational purposes, and high school children from both Davis and Sang-Ju have made trips of about two weeks to both sister cities.

The relationship with Inuyama, Japan began in 2000 and recently celebrated its 14th anniversary. Two friends who met in college, one from Davis and one from Inuyama, decided to establish a sister city relationship between their two cities. The friends had always been interested in running and health, so now every February a delegation from Davis goes to Inuyama to run in a road race, and every September a delegation from Inuyama comes to Davis to run in a race here.

The idea behind sister cities began with President Eisenhower in 1956, to promote peace through citizen diplomacy and individual international relationships.

“I grew up in the Philippines, and I’ve always felt that everybody should be global citizens … Individual-to-individual interaction is so much better, it is so rewarding,” Asmundson said.

A delegation from Inuyama came to visit Davis, and former Mayor Boyd asked Asmundson to host them. With her international background, Asmundson found it quite easy to become friends with the delegation, and gained an interest in promoting Davis’ sister cities. In addition to Sang-Ju, Asmundson wrote the proposals to formalize the sister city relationships with Wuxi, China and both Philippine cities, Los Baños and Muñoz. Asmundson grew up in the Philippines, and during her time as mayor of Davis, she visited and met with then-president Gloria Macapagal-Arroyo. President Macapagal-Arroyo requested that Asmundson establish sister city relationships with two university cities in the Philippines, in order for them to improve their research capabilities. Relationships with  Los Baños and Muñoz were formalized in 2005.

Davis has no funding for sister cities. Each sister city has a committee of volunteers in charge of maintaining the relationship and raising funds if necessary, as Friends of Rutilio Grande is doing this holiday season for Rutilio Grande.

“[The sister] cities have budgets for sister city relations. In Davis, we don’t have any, so it’s all community volunteering…Usually, we have community members who are interested, so they form a committee,” Asmundson said.

Asmundson was appointed as ambassador to the sister cities because Davis had no coordinator for them. She works with all of the committees to help maintain the relationships. Asmundson recently spent five weeks and travelled to the Philippines, Korea and China, and visited some of Davis’ sister cities.

“True to President Eisenhower’s vision, we are promoting world peace. We are global citizens. We are all in this one boat, the earth,” Asmundson said.