News in brief: Mrak protesters call for firing of chancellor 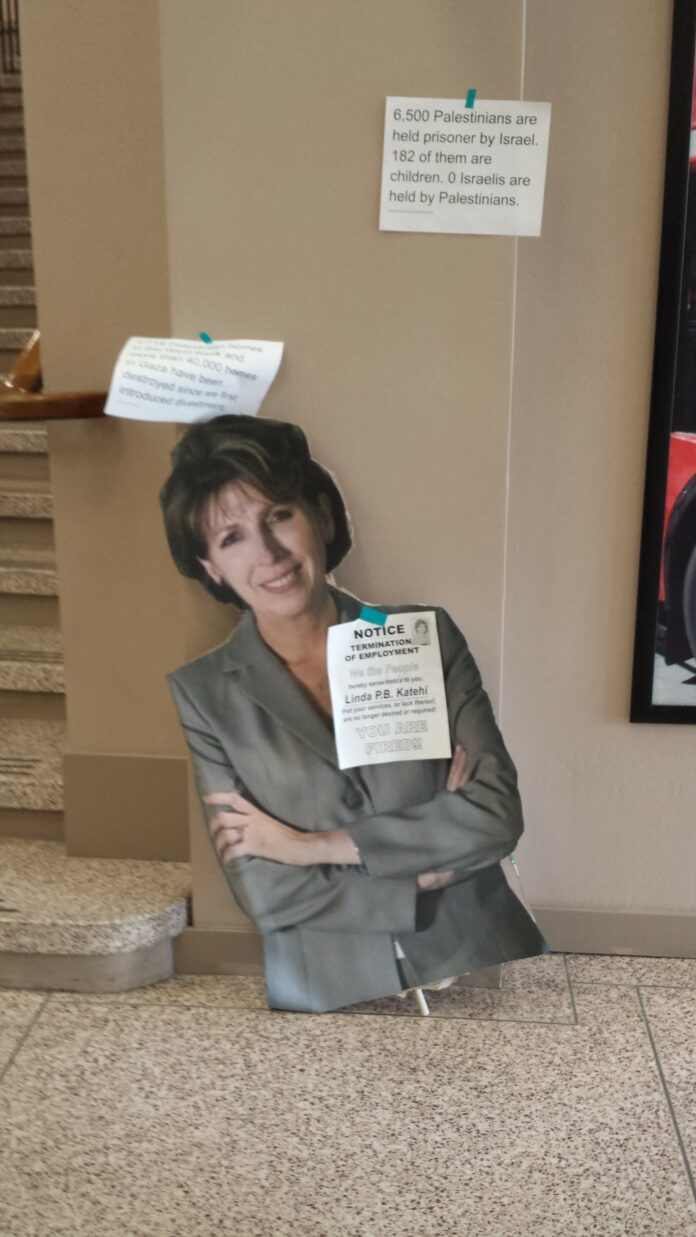 After noticing that Chancellor Linda P.B. Katehi did not hold her usual office hours, protesters marched from the Memorial Union to Mrak Hall today at 1 p.m.

The protesters say their objective was to speak with Katehi regarding her emails she has sent to the students since ASUCD Senate Resolution No. 9 passed on Jan. 29.

Tory Brykalski, second-year anthropology Ph.D. student and UC-Student-Workers Union 2856 head stuart, spoke at the protest and said that Katehi has stifled the voices of student activism on campus.

Protesters addressed a number of points as to why they are calling for Katehi to leave her post, including issues of accountability, austerity, divestment, Israel, privatization and violence, and racism.

The protest included a large cut out picture of Katehi, a Palestinian flag and flyers that covered Mrak.

One of the flyers stated: “NOTICE TERMINATION OF EMPLOYMENT We the People hereby serve notice to you, Linda P.B. Katehi that your services, or lack thereof are no longer desired or required! YOU ARE FIRED!!”

Brykalski also stated that the anti-tuition hike movement will be making a comeback soon and will be coupled with their movement against Katehi.

ASUCD state of emergency ends with 10-1 vote by senators