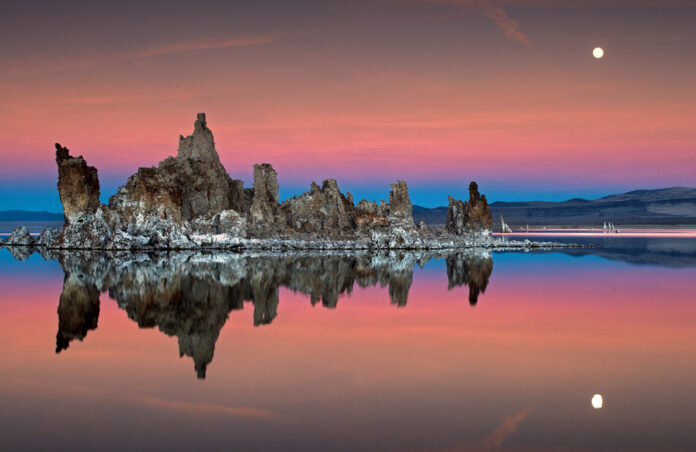 On Friday from 6 to 9 p.m. the Davis Downtown Business Association hosted HeART About, which is the second in the now monthly Friday Art Abouts. As the next day was Valentine’s Day, the Art About was heart-themed, prompting the name to be HeART About.

“We have from 25 to 35 businesses participating every month. February ArtAbout, or HeART About, is our most popular because it is coordinated to Valentines Day. We thought we would ask businesses that normally do not participate in ArtAbout to [extend their closing times] for this month’s Art About,” said Nina Gatewood, marketing director for Davis Downtown.

According to Gatewood, for the first time, the event held a free photo booth, Giggle and Riot performances, music and dance performances to further entertain visitors. Booths at the HeART About included restaurants, art galleries, music stores and banks. Additionally, many exhibits offered complimentary wine and refreshments.

“We have lots of places, even banks to display artworks. It is mainly local artists,” said Natalie Nelson, director and curator of Pence Gallery located on D Street.

Some of the businesses participating included Pence Gallery, Armadillo Music, Mishka’s Café, Fretted Strings, Radiate Art, Logos Books and many more. In the Armadillo Music shop, visitors could eat free ice cream from Jake’s Desserts while listening to a live performance by a local band. In the Pence Gallery, a local theater company, Acme Theater, performed three different plays. Logos Books had live music and storytelling performances to entertain its visitors. According to Thai, the Davis Downtown Business Association occasionally helps the businesses to find performers to play in their venues.

“It’s a great time to cooperate with other art groups and showcase what we all do,” Nelson said.

The ArtAbout event has existed for over 12 years but became more popular five or six years ago after the event was taken over by the Davis Downtown Business Association. According to Nelson, the event brings in people from different community groups around Davis, such as UC Davis students and faculties, in addition to participants from Sacramento and San Francisco.

“The event is to get college students [and] families to be more familiar with downtown [Davis] and what downtown has to offer,” Gatewood said.

According to Nelson, the event is very beneficial for businesses as it offers the opportunity to attract more visitors. For the Pence Gallery, a nonprofit gallery that showcases a variety of local art including ceramics, paintings, mixed media and printmaking, the event is especially beneficial to the gallery. With an estimated 1,100 visitors a month and 300 to 400 visitors only during the three-hour event, ArtAbout helps the gallery to achieve its goal of introducing local artists to the general public.

“In general, everyone I know who lives in Davis loves [ArtAbout]. It’s a great time to talk about art [and] get to walk around downtown. The public really supports it, and the businesses really like it because people go to dinner and buy stuff [from the participating businesses],” Nelson said.

Many visitors enjoyed the engaging atmosphere of the event. Joe Gee, a Davis community member, believe that the event brings a new platform for people to know more of their community while enjoying art.

“It is an amazing [event]… It’s people being people. [I love] watching people meet other people they haven’t talked to for a while,” Gee said. “[They’re] seeing things that they wouldn’t normally see, going to places they might not normally go to.”