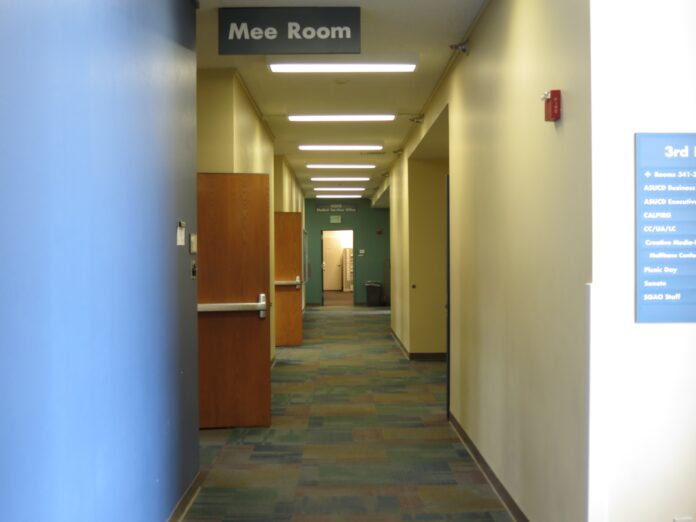 With the deadline for the executive office’s budget proposal quickly approaching, newly seated ASUCD president Mariah Watson is gearing up to draft a minimum of $50,000 in budget cuts.

Watson must provide a comprehensive set of budget recommendations by week six of this quarter. As a result of senate’s passage of Senate Bill 46 (SB46) last quarter, the budget proposal will have to make about $50,000 in cuts to develop a fiscal buffer in preparation for potential future deficits.

The ASUCD Capital Reserves has fallen from $1.2 million in 2003 to under $60,000 this year. Furthermore, the Net Revenue Fund dropped from $1.6 million in 2011 to just under $500,000 at the end of 2014. SB46, co-authored by former ASUCD vice president Maxwell Kappes, cites misuse of ASUCD funds, a lack of accountability and oversight and a “culture of complacency” among its reasons for the losses.

ASUCD senator Alex Lee noted that many ASUCD units appear to lack a strong drive to make a profit.

“Units generally operate under the philosophy of, ‘Breaking even is great. Running a deficit is kind of acceptable,’” Lee said. “[The] kind of a philosophy our student government has is that we shouldn’t be operating as a business.”

Additionally, the $50,000 in cuts necessitated by SB46 may not be the only new financial outflow that ASUCD programs will experience this year. In accordance with Watson and ASUCD vice president Robyn Huey’s platform to improve student representation at the state level, Watson said that she would attempt to restore ASUCD’s paid membership with the University of California Student Association (UCSA).

UCSA is a coalition of student representatives from across the UC system that advocates on behalf of all UC students to officials at the State Capital, UC Office of the President (UCOP) and UC Board of Regents.

ASUCD left UCSA in 2006. A diversity of explanations for the divorce exists, and all are somewhat vague.

In January 2015, UCSA granted ASUCD a membership fee waiver that will expire in May. This waiver was the product of a collaboration between the director of the ASUCD Office of Advocacy and Student Representation, Harley Litzelman, and UCSA Board Chair Kevin Sabo.

To continue membership with UCSA, ASUCD must pay about $36,000 by this December. Together with the charges of SB46, UCSA membership could result in more than $86,000 in cuts to ASUCD programs.

“I want us to be there,” Watson said. “I will be very, very frank: I want to find the money somewhere.”

However, Watson does not want to fund membership by risking harm to units.

“I do see the need, and I see what our students have asked us to do,” Watson said, referring to the campus protests that erupted last year in response to rumored tuition hikes.

In light of the minimum of $50,000 in cuts, ASUCD senator Roman Rivilis wants to prioritize units that provide large, tangible benefits to undergraduates.

“I’m looking for a budget that can look at every senator, bold-faced, in the eye, and say, ‘Units can be cut if they are not meeting the demands of the student body,’” Rivilis said.

If Watson’s executive team attempts to make room for UCSA membership fees in the budget proposal, senate would have an opportunity to deny that funding in May’s budget hearings. However, Watson said that a budget line for UCSA was unlikely.

According to Lee, an alternative means for funding UCSA membership might include eliciting funds from the UC Davis administration, although it is unclear how feasible that option is.

Advocates for rejoining UCSA point to the many benefits that membership offers. These benefits include institutional connections to the UCOP and the UC Regents, the opportunity to help select the UC Student Regent, entry into advocacy workshops, the expertise of full-time professional advocacy staff and access to a database of information on the UC system and past and current legislation concerning students.

“We’ve done this trial period for about a year, and it’s worked really well,” Watson said. “We’ve already had meetings with UCOP and the Governor and a lot of other really cool things.”

Litzelman also indicated that ASUCD was misrepresented during the time it was not a part of UCSA and would run the risk of being misrepresented again if it did not continue its membership. The reasons for these are twofold: first, UCSA is the only body that the UCOP and UC Regents regard as a formal representative of all UC students; second, UCSA does not provide for non-member association.

“Therefore, we [wouldn’t be] contributing to the conversation that determines how we are represented,” Litzelman said. “And that’s unconstitutional in my opinion.”

The Preamble to the ASUCD Constitution states that the Association is “constituted to represent its membership in the University of California and in the greater community and to increase the role and impact of its members on those decisions affecting their lives.”

“There are other things ASUCD does. They’re great, but right now we are not doing what we are chartered to do,” Litzelman said. “We are missing so many things, and the 27,000 undergraduates students at ASUCD deserve better.”