It’s mid-afternoon on Thursday, March 17, which means it’s been seven days since students involved in the Fire Katehi protest took up residence on the 5th floor of Mrak Hall. Blankets, pillows and backpacks are strewn about, and out in the hallway stands a small table laden with snacks donated by supporters. There’s a gentle buzz that hums throughout as people sit against the walls, study for finals or talk and laugh amongst themselves. The protesters welcome new recruits and have tried their best to make the small space welcoming for anyone wanting to join the movement.

In only a week, they’ve formed a community — a community calling for justice through the resignation of UC Davis Chancellor Linda P.B. Katehi. It was revealed in February that, without approval by the University of California, Katehi has been a member on various boards, such as DeVry Education Group during her time as chancellor. She has also been a member of John Wiley & Sons, a board position approved and renewed annually by the University.

Not only can these board positions be construed as a conflict of interest, they also earned Katehi an estimated $490,000 over her time in the positions. Considering she earns $424,360 in annual salary as chancellor, many students, faculty and community members have questioned Katehi’s competence and commitment as the university’s chancellor.

“The sense of community has been so amazing,” said Kyla Burke, a fifth-year environmental science and management major and Mrak Hall occupier.“The people who I’ve been here with for all this time and the people who support us are incredible. I’m passionate about this issue, I want change and I think what’s happening at our university is wrong, but I’m also inspired by what I’ve seen here with the students and their dedication.”

Several of Burke’s peers echoed her sentiments, citing the surrounding group of people as one of the most rewarding aspects of an otherwise challenging protest. The community of protesters is both unified and diverse; while they all believe that Katehi should be fired as chancellor, each student has their own motivations for participating in the movement.

Learn more about some of the faces and voices of #FireKatehi below. 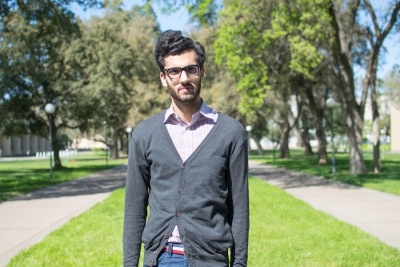 Fourth-year economics major Rehaan Jahanghir first arrived at UC Davis as an idealist — eager to engage in research and embrace the opportunities he’d been given. Having over four years in Davis now under his belt, he believes that the university administration has failed to fully support him and his classmates in their academic endeavors.

“I really did and do believe [that] public education [is] a right. It’s something many of our families make sacrifices for, including members of my own family,” Jahanghir said. “More than anything, this particular infraction has just been the high-water mark for the pattern of behavior from our chancellor. She has demonstrated that her priorities lie in profitability, in interests outside of the well-being of the students, faculty and staff here.”

According to Jahanghir, if students or faculty violated the rules and regulations that Katehi has, they would be dismissed from the university without question, or even sued. He hopes for greater accountability from administration, as well as committed university officials for his generation and beyond.

“I don’t think anybody who goes here should think that their administration — the people who manage your livelihood at the university — should be above the law,” Jahanghir said. 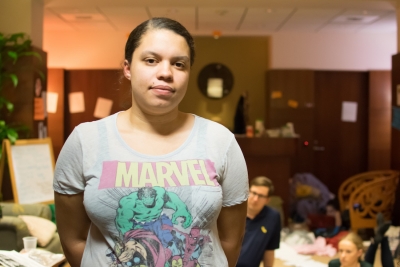 Fifth-year environmental science and management major Kyla Burke has years of experience in activism, having run various demonstrations with her on-campus group Davis Stands with Ferguson, a group that stands in solidarity with the Black Lives Matter movement and aims to combat anti-blackness in the community and the U.S.

She has recognized and formed connections with other involved individuals through her activism. On another note, Burke’s five years at the university have given grave insight into how Katehi responds to student and community concerns.

“Personally, I want Katehi to be fired because her involvement with Devry [Education Group] and Wiley & Sons are examples of her corruption,” Burke said. “Also, the pepper-spray incident happened in my first year here. I thought she should have been fired then, and since then, there has been a history of her messing up in ways that really affect students.”

Despite her extensive experience with activism, Burke said the sudden call to action and its length thus far has taken a toll on her mental health and academics. During Week 10, Burke mapped out a schedule to study for her final exams; however, that schedule went askew when the occupation gained momentum on Friday, March 11. Burke leaves the 5th floor of Mrak around or 2 or 3 a.m. every night to find a few hours of rest before another day of occupation.

“I wish we didn’t have to spend our time doing this during finals,” Burke said. “Students shouldn’t have to go to these kinds of extremes to get accountability within their university. But we do, and it’s been a struggle for everyone to find the time to do that. It’s draining to do this kind of work, but people are so dedicated because they want to see change.” 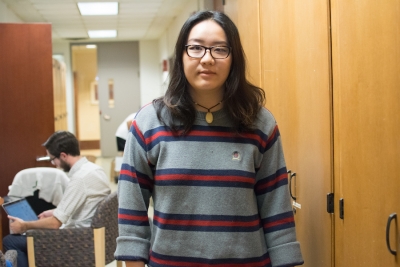 Fourth-year Chinese and linguistics double major Lorraine Ye believes the protest is an opportunity for her to advocate and speak up against inconsistencies in the administration’s handling of criminal activity and other events.

“I intend to be a fifth-year and that’s why I care. I know a lot of my peers are thinking, ‘I’m a senior, I don’t have to worry about this,’” Ye said. “For me it’s a very tangible reality that I might face another year under this ridiculous chancellor and see all of these hate crimes [occur.]’

Ye was most influenced by a Black UC Davis student’s account of racial harassment while riding Unitrans. In his Youtube video describing the incident, the victim noted that since he was Christian, he had prayed someone would stand up for him. Ye, who also identifies as a Christian, was so moved by his statement that she felt inspired to stand with and for him in solidarity by participating in the protest. 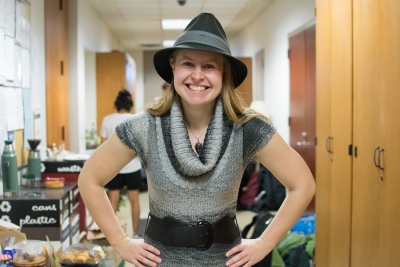 While first-year PhD student in entomology Tricia Bohls has been frustrated with university administration behaviors since her undergraduate days in the Midwest, she said this is the first time she’s seen a such a large group of people rally behind a movement.

“I’ve never been a part of a protest this large or intense. Some of it’s exciting, but some of it can be nerve-wracking as well,” Bohls said. “I was here Sunday night but also ended up leaving that night because administration brought up the threat of suspension, and then it was intimidatingly surreal to be on the phone with a lawyer at 11 p.m. on a Sunday night. I’ve never had to get legal counsel before.”

Still, Bohls feels comforted by those she has met through activism and continues to participate in-part because of the relationships she has formed within the student body. She views the experience as overwhelmingly positive, especially as a unifying movement.

“It’s drawn together so many unique people that I never would have met otherwise,” Bohls said. “I still don’t know all of the people here, but I can go up to someone and introduce myself, and we already have something in common in our goals. Something we can bond over. I see that as being really beautiful.”

Correction Note: An earlier version of this article stated that Chancellor Katehi served chair positions on various boards. She serves as only a member, and her position on the John Wiley & Sons board is approved and renewed annually.