ASUCD no longer to give Picnic Day unit a monetary subsidy 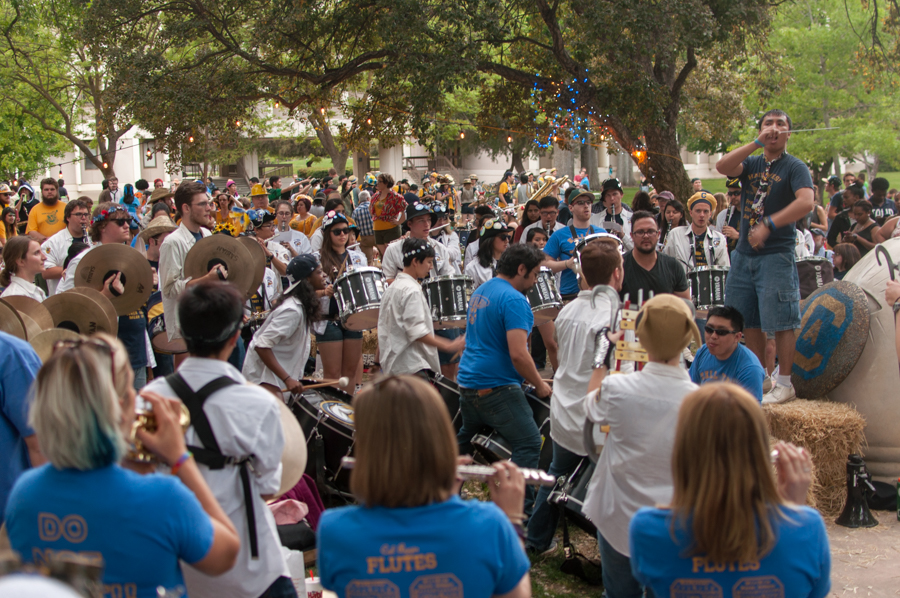 Picnic Day budgeted to garner $11,586 in revenue for the association

Picnic Day, the largest student-run event in the nation, will no longer be financially subsidized by ASUCD, according to next year’s budget. All funding for Picnic Day will now be provided through other means, primarily corporate sponsorships, which the unit has had in the past.

Last year, the subsidy that ASUCD paid to Picnic Day was $5,140. Next year, Picnic Day is planned to generate revenue for the association.

“Not only are we not receiving the subsidy that we did last year, but we have a negative subsidy of $11,586,” said Grace Scott, the Picnic Day chair from 2014 to 2016. “That is what Picnic Day, as a unit, will give back to the reserves.”

ASUCD Controller Joseph DeAngelo explained that every unit is being asked to make and save money. Since Picnic Day earned more than was budgeted last year, he wrote the budget with Picnic Day earning money for the association.

Picnic Day’s expense budget was decreased, but only marginally, according to DeAngelo.

“We did not really cut their expenses,” DeAngelo said. “Their expenses really only took a 10 percent cut. We did not get rid of any positions; we actually increased all of their positions stipends in accordance with the 12.5 percent that we are doing across the board. That is to comply with the mandate from Student Affairs. Their expenses, if you look at 2015-2016, were $23,314 and final approved [for 2016-17] were $21,945.”

Having a budget cut and having to earn money for ASUCD is not how Scott intended Picnic Day’s overage in fundraising to be used.

“Part of that budget surplus is that we wanted to reinvest in our unit and purchase more supplies and obviously you need more income to do that,” Scott said. “That is one of the things about being in ASUCD; every year, our budget seems to come under more and more scrutiny as the event gets larger and larger.”

Since Picnic Day has had sponsorships before, they have a model in place of how to run them.

“Some [sponsors] are campus partners like CAAA [the Cal Aggie Alumni Association], but a lot of them are corporate sponsors,” Scott said. “We have a sponsorship package and it has different levels: platinum, gold, silver, [et cetera]. We look first to local sponsors and then to larger sponsors to fill in the voids in our budget.”

Another concern is how this budgeting affects the spirit of the event.

“Picnic Day serves in my mind a dual function,” Scott said. “The first function is to put on an awesome event. It was […] voted The Aggie’s Best Event in Davis. The other function is aligned with ASUCD’s 2020 vision to give students an opportunity to learn and grow and be a part of something on campus. With these budget cuts, especially across other units, it doesn’t feel like that.”

Chelsea Hernandez, the incoming Picnic Day chair for 2016-17, is concerned about how much work the student who is in charge of fundraising will have to accomplish.

“My biggest concern is the well-being of the student who has to raise all that money,” Hernandez said. “It is really stressful to plan Picnic Day. It is not just that one day that everyone sees, it is eight months of planning for the director. Even though it is a long period of time, we do have deadlines in order to prepare everything. Honestly, I know we reached [$27,000], but a lot of that was last-minute. We had two businesses come the week of Picnic Day.”

“For the next year [and] the immediate year following, we are going to be okay,” Nguyen said. “We have had budget cuts year to year for the past few years and regardless of the increased amount we are expected to raise, we have always met that goal. I think our concern is more with the upcoming years in the future because I feel like every year they ask for more you meet [the goal], and then because that goal is met, they keep increasing [the target].”

DeAngelo has considered this fear while crafting the current budget.

“These are realistic income projections,” DeAngelo said. “At the end of the day, why would I project an unrealistic number? That would only hurt the association. If we were projecting fake money, that would only hurt us. When that money was not made, we would be relying on it. It would not behoove anyone to put something [in the budget] that I do not think they could meet.”