Writing my way through mental illness 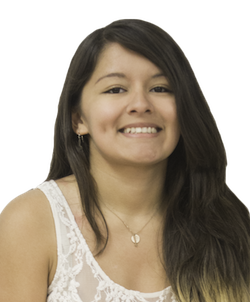 From my own experience, writing has been a significant coping mechanism. Someone once told me that writing is for those who can’t articulate, and those words have stuck with me. Writing is a way to let the suffocating thoughts out of my head. Most of the time what I’m trying to say is better understood after I write it down for people to read. A close friend of mine pushed me to try keeping a journal to write in whenever I have an anxiety attack. I ask for his help, but when I try to explain what’s going on in my head, I can’t. My thoughts spin in circles and they don’t even make sense to me, but they affect me without my control. Writing provides a way to get my thoughts out onto a piece of paper — anywhere but inside of my head.

Famous authors can say the same thing about using writing as their escape. In John Green’s new book, “Turtles All The Way Down,” he incorporates his personal experience with obsessive compulsive disorder into his protagonist, Aza. Spoiler alert: There’s a part of the book with a graphic description for the imagination to visualize. He discusses this part with his protagonist feeling extremely anxious about the possible infection of a bacterium. Aza repeats in her head, “do you want to die of this do you want to die of this because you will you will you will you will.” She then proceeds to scoop hand sanitizer into her mouth, making herself sick as her mother tries to stop her.

Although difficult to write for Green, incorporating his mental illness into his fiction was something he wanted to do. He wanted “to find some kind of form or expression that would shake it out from within me and allow me to look at it.”

Green isn’t the only author to tie his mental illness into fiction. Modernist author Virginia Woolf, who struggled with what would today likely be called bipolar disorder, incorporated her illness and symptoms into Septimus, a character in her novel “Mrs. Dalloway.” They both experience hallucinations, and Woolf attempted to jump out of a window (spoiler alert), as Septimus does in the book.

Slam poet Neil Hilborn also discusses his relationship with mental illness in his poem “OCD.” Hilborn has used poetry as a personal therapeutic outlet, saying, “When I write down my feelings I’m literally making my internal state external.” In the video recording of his poetry performance, he fully expresses his emotions, holding nothing back — because living with an illness is a fight.

It’s important to remember that coping mechanisms can only do so much to help and should not serve as a substitute for professional help.

The people I’ve mentioned are famous for their artistic abilities, but they write or have written to cope with their mental illnesses. Whether they unload their racing thoughts onto paper or into their fictional characters, they create content with which readers and fans can connect. A blank piece of paper or document is a paradise to release the stress and overwhelming words that clutter their minds. However, writing doesn’t have to be produced for anyone else. Anyone can write for themselves and can choose to not share it. The blank paper is a place to regain control of consuming thoughts and can provide us with a way to understand our mentalities.