Engineering diversity summit to be held at UC Davis 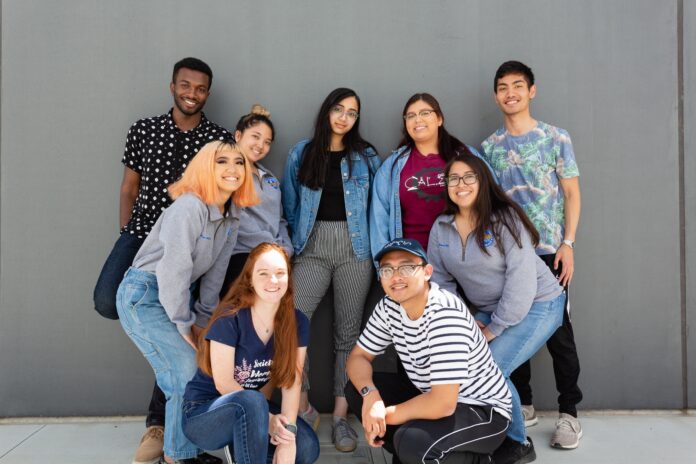 A coalition of engineering clubs on campus plans to come together to host a diversity summit on May 23. The diversity summit will have a panel of speakers from the UC Davis community. Some of the notable speakers will be the Dean of Engineering at UC Davis and many alumni who now work for companies such as Facebook, Microsoft and YouTube.

The purpose of this summit is to address issues faced by many marginalized communities within the engineering field. These communities look to have their issues heard to build a more inclusive environment for all engineers, regardless of background.

The hosts of the summit include a number of engineering clubs on campus: the Black Engineers Association, the Chicano and Latino Engineers and Scientists Society, the Pilipinx Americans in Science and Engineerings and the Society of Women Engineers.

Shason Briscoe, the president of the National Society of Black Engineers at UC Davis, gave his reasoning for having the summit. Briscoe said it was about having a conversation with alumni and the employees that will be speaking at the summit. Briscoe wants the guests to speak about the struggles they may have faced due to a lack of inclusiveness.

According to Heather Lynch, the external vice president for the Society of Women Engineers, one of the big issues they wish to address is the low retention rates of marginalized communities.

Briscoe also stated this was one of the key motivators for this summit. For him, it began when he had a conversation with the dean of engineering.

“One of the biggests things that she told me was that out of 23 black students that entered, only about six or seven will be graduating,” Briscoe said.

This led Briscoe to realize many of the issues students face are not being discussed.

“Some of the common struggles I wish to address with this summit are to minimize the imposter syndrome that may come with comparing oneself to those around,” said Graciela Fabian, the president of the Chicano and Latino Engineers and Scientists Society, via email.

Fabian emphasized that as first-generation woman engineer, she has also felt these struggles. That is why Fabian wants others to find communities that will support them.

“Over the years my confidence and drive to do better has been the fruit of self-reflection and finding a community that propels me forward and provides resources,” Fabian said.

The summit also hopes to address how minority engineers are treated. Briscoe mentioned one of the goals after the summit is to further the conservations and possibly have sensitivity workshops, which would teach others how to interact with their fellow engineers.

There is a sentiment from many engineers that they are treated differently by their peers, and this summit hopes to address such issues.

“A lot of people, when they interact with black or Latino engineers, they don’t know what’s happening on the micro level — they are historically being pushed out of these majors,” Briscoe said.

The summit’s discussion will also be centered on community and how everyone can come together to build a better environment: one where everyone is treated equally and helps each other succeed.

“I want [those who attend] to walk away with confidence in themselves to conquer and succeed in their personal goals,“ Fabian said.

Although the summit is meant to start a conversation, there is another goal: to make the university notice. Briscoe mentioned they can converse all they want, but nothing will change unless students’ voices are heard by those outside of the summit. Since the event is hosting high-profile companies, it should help the students have their concerns heard by UC Davis’ administration.

“It is important to have these discussions beforehand, and talking to the college to address these concerns [and] bringing these companies is a good look for our school,” Briscoe said. “That would be wasted if we don’t go to the administration and get our concerns addressed.”

The alumni’s discussion will also help serve this purpose.

“If we bring alumni, they can talk about the lack of inclusion or inconsistencies,” Lynch said. “This would offer the opportunity for our faculty and our people to take action and improve the organization.”

The main goal of this summit is to hear the voices of marginalized communities. If only one person who is not from one of the communities hosting this event comes and learns about marginalization, Briscoe said one of his goals will be achieved.

Lynch also described how crucial it is to raise awareness of these issues.

“The most important thing about improving the state of diversity […] is making the problem of diversity an issue that is broadcasted,” Lynch said. “It’s easy to push [marginalization] under the rug if it doesn’t affect you — whether you do it purposely or maybe just now knowing.”

The event will not only serve as a new voice for these communities but will offer a small networking portion where engineers and others will be able to speak with employees and alumni of the companies present. Many of these alumni were invited and brought by the engineering clubs here on campus through their own networking.

With all that the summit is offering, Lynch wants one message to be clear to those who are affected by these issues.

“Even though inclusion isn’t pushed for all the time, don’t give up on your own success and push for those who are also in the community: being diverse makes the engineering community valuable,” Lynch said.