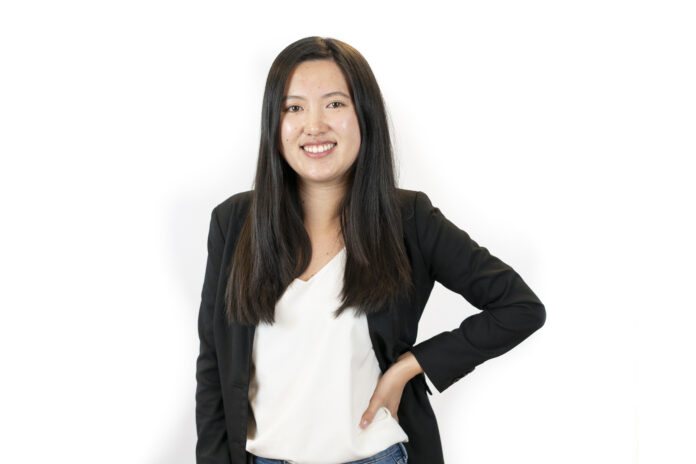 Ashley Lo: My name is Ashley Lo. I’m a second-year here at UC Davis. I study economics and political science. My pronouns are she/her/hers.

TCA: This is the first time that we are ever having an election for a student advocate. Why do you think that you deserve to be elected?

AL: I’ve been working in ASUCD ever since around my third week of my freshman year. I was very gung-ho to get involved in student government here. Even the summer before coming to UC Davis, coming out of my senior year of high school, I knew the first thing I wanted to do was join ASUCD and really get involved in our campus community. I actually had this little phone call with the then president, Michael Gofman, and we chatted a little bit about what ASUCD was to get an idea of that since I hadn’t really stepped foot onto campus yet.

I ended up joining the Internal Affairs Commission [IAC], which is the commission that basically reviews all the ASUCD Bylaws. It ensures that our association as a whole is following those bylaws in bills, as well as the resolutions that we pass. Eventually, I became IAC chair. That’s the role that I have right now. That commission actually was the one who created the bill that made the student advocate position. As we were creating this position — it was actually the idea of our now-President Justin Hurst — I definitely found interest in being the Student Advocate. I thought this was a great idea terms of a position to have. That’s what initially drew my interest to it.

I believe that I would be a good candidate because I’m familiar with the role. I was involved in the creation of the role as well, drawing inspiration from schools like UC Berkeley, UC Santa Barbara and UC San Diego. So I’m familiar with those roles. In addition to that, I’m also familiar with our association, obviously, at UC Davis. So I have an idea of how to integrate what they have done in their UCs into our UC at Davis.

TCA: What do you envision the role of the Student Advocate to be?

AL: I envision it to be a nonpartisan office that is open to providing free and confidential service and advocacy for any undergraduate student here at UC Davis. It would also be a confidential service as well. I really hope that there are going to be four different divisions, similar to what there is at UC Berkeley: There’s going to be an academic division, a financial aid division, a conduct division and then a grievance division. I hope that within those divisions are specializations and caseworkers working in each division for that. I hope to have people specializing in different areas or policies that we have here on campus in order to provide the best service possible to our students.

TCA: So that we have a really good idea of how this actually looks and functions, in what case would a student come to you to talk about financial aid, or conduct, for instance? And what sort of advice or resources would they be given?

AL: For example, UC Berkeley, what they do for their financial aid division is kind of a mix between advocacy and basic needs. For example, as you know, this Student Advocate office would probably have some sort of budget, similar to our other units and the commissions that we have in ASUCD. I believe that the UC Berkeley Student Advocate office actually uses its budget for an emergency rental assistance program, as an example for that. So the student shows need or demonstrates need, for example, they can apply for one month’s rent if they are in some sort of housing insecurity situation. So that’s an example of how that can be done. Or, for example, working with a financial aid appeals case, that might be something else that we do as well.

In terms of student conduct, as you may know, OSSJA [Office of Student Support and Judicial Affairs] handles a lot of our student conduct here on campus. A lot of that work would also be accompanying the students to these meetings with OSSJA, advising them on what materials they may need to bring to different meetings, for example, and telling them how the procedure will go. Just being a helping friend — someone supportive to have there with you in the meeting.

TCA: Can you tell me about your understanding of the Basic Needs and Services Referendum?

AL: Absolutely. From my understanding of it, UC Davis has had one of the lowest student fees in the whole entire UC system for the past few years or so. UC Santa Barbara has the highest fees, currently over $200, I believe. However, our minimum wage is going up here in California. So we’re subject to that. In addition, we operate the most amount of units and businesses out of any UC campus too. And we’re the only financial autonomous Associated Students body in the UC system as well. So we have a lot of different hands on campus, which is really awesome, because we’re the largest on-campus employer here at UC Davis. We’re honored and grateful to have that role.

But at the same time, in order to do that, and to keep up with the work that we’ve been doing, we obviously need to have some sort of financial support. And a big chunk of that comes from the fees that students pay into it. So right now it’s a fee of around $8, and they’re hoping to raise that I believe buy around $26 or so per quarter, and that will all go to be able to make sure that our student jobs can be sustained, and that our student government can be sustained as well, and just to make sure that the day-to-day operations of ASUCD can continue.

TCA: Are you in favor of the fee referendum and, if so, what have you done to ensure its passage?

I’m definitely in support of it, just because I know a bunch of people on campus work for the CoHo, for Unitrans. Obviously, I’ve been in student government, so I know what goes into supporting our student government financially as well. I want to keep this association functioning as well as it can, and I know that for this to happen, we need to increase student fees. And if we’re also talking about roles like this, like Student Advocate, expanding our student government, that really speaks to the testimony that we have to be increasing these fees if we have so many big visions and long-term plans and intentions for our association as well.

In terms of what I’ve done to support the referendum, I’ve gone chalking, for example, with our Senate to support it. I’ve also tabled in the CoHo with some of the senators too, to tell students about the fee referendum. I’ve also posted on social media, as well as kind of like grassroots talking to people, my communities, my friends and all that, explaining what the marketing and the purpose of the fee referendum is. I have also been clarifying to the everyday person what the fee referendum and all the marketing means such as A-frames and social media posts, answering questions, etc. and why we need it.

TCA: I know that this is a brand new position. Is there any way, or anything that you have specifically planned, to make sure that undergraduates and students at Davis know about this position and how it can help them?

AL: Yeah, absolutely. I believe that by trying to get a staff of caseworkers — that’s going to be our first way to really publicize this role. I would like to hire caseworkers who are hopefully really committed and excited about the spirit of this project. I think it’s a very cool opportunity to create a new office here at UC Davis. I’m hoping to be able to gather a really great team. From there, I hope that the communities that they are a part of and everything, we can go out, table and talk to different clubs and organizations about what this office will be. Truthfully, I’m hoping to tap into the pre-law community here at UC Davis, who may be interested in some sort of advocacy role. From there, I hope to have those people help me publicize what this office is actually going to be like, and I guess just do some efforts around campus to really make this known. That will obviously be our first course of action to be able to make this office an effective one.

TCA: So these case workers are students?

AL: Yes, they will be. As undergraduate students, and especially with the fact that this role is so new, I hope to have my caseworkers build relationships with the centers on campus. For example, going to collective meetings with OSSJA and saying, ‘Hey, here’s what we do. How can we collaborate with you to make this something that’s actually going to be a good resource for our students?’ I think that oftentimes ASUCD can run into the issue of trying to be a jack-of-all-trades, and do things that may be already being handled on campus. My intention for this office is to really make it as niche as possible and to do what we do well, even if that means quality over quantity. I would like to have caseworkers that can help me go to OSSJA, for example, the Basic Needs Center, The Pantry — any resource on campus — and try to see how we can collaborate and really make this office one that will serve students to the best of its ability.

TCA: You mentioned that the Student Advocate position is nonpartisan. We’ve heard some unverified murmurs that you may have some ties to the Thrive slate. Can you address those claims?

AL: Absolutely. Thrive originally reached out to me through Alisha Hacker and they added me to their group chat. That was something that I was added into. However, I told them that I’m nonpartisan and so I cannot take that up. I never asked for any endorsements either, so no slate has endorsed me. I remain as nonpartisan as possible. Obviously, I’m still in ASUCD, so I have those ties to people. But I’m not in any group chats, I don’t go out and take pictures with them or go to their meetings or anything. It’s the same with BASED as well. I do have friends in each. Both slates have reached out to me — it wasn’t just Thrive. BASED also reached out to me as well. I told them that with the nature of this position, unfortunately, I was not able to be in any slate or run with any slate. So I’ve been doing everything myself, like my campaign photos, for example, I just took them by myself.