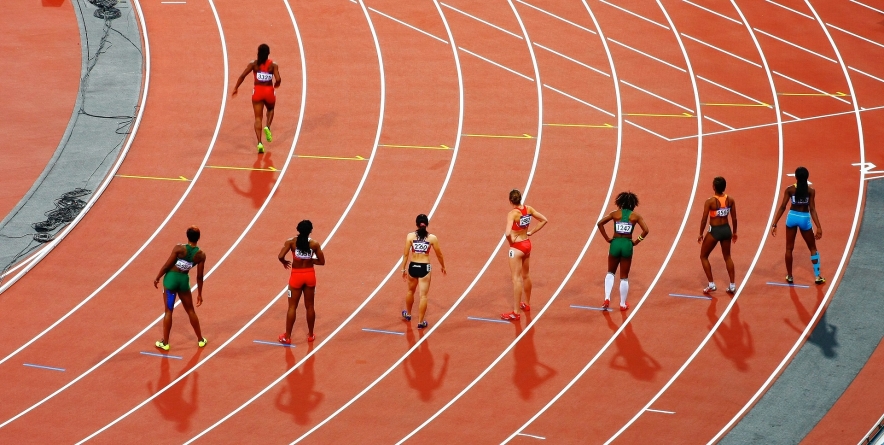 Across the globe, women have challenged societal norms in sports, but some countries are tougher than others

Today, men and women are allowed to compete at elite levels in sports or any physical pursuits. But, this wasn’t always the case for women. Olympic organizers thought that if women were included it would be impractical and unaesthetic. Society agreed with the organizers and restricted women’s participation until the early 1900s. From then on, the presence of female competition became revolutionary. It was a long battle to get to the present day, but the triumphs from the past cannot go unnoticed.

In Australia during the colonial times, women encountered regulations as to when and where they could participate in sports, whether it’d be for fun or for competition. Sports like croquet, among others, were encouraged for women to participate in so that they wouldn’t challenge the gender norm. Women were also not allowed to swim in the proximity of men, therefore they were banned from access to public swimming pools, beaches, and were forced to wear loose clothing.

In the year 1900, the first female lawn bowl and golf teams were formed. In the 1930s, other sports such as track and field for women were introduced. From the 1970s and onward, male and female-only sports began to merge. Now that cricket has grown into popularity in Australia, the Australian Cricketers Association (ACA) sign a contract that all men and women would receive equal pay, a monumental step in the progression of equal rights in sports.

In Russia, Amateur Sportsmen and Victorian Football (Soccer) Clubs were created in the 1880s. Although these sports were preserved for men, women did take an active part in professional sports. Gender roles were strictly enforced until 1903, when the country  added equality in education, civil and political rights and sports.

Despite the ruling, women have ignored the dismissing from male leaders about their participation in “harmful” sports—soccer, ice hockey, judo, weight lifting, water polo and long-distance running. For example, in the 1980s, Soviet women held four national judo championships and a world judo championship, and as many as 15,000 women were registered in judo clubs.

“The idea of a healthy lifestyle, which does not mean giving up anything in your life but taking on something sporty and cool, has become very popular in Moscow,” said Alexandra Boyarskaya, who helped set up one of the first running clubs in Moscow. “It’s a big shift from five years ago.”

Today the female sports community across Russia is taking action to inspire and motivate girls to pursue a sport. The difficulty women face is that this cultural shift is challenging social norms such as how women use public spaces and helping to reverse gender discrimination that exists in the country.

Even though some countries support women to engage in physical activities, Iraqi women are constantly battling gender norms, in sports and outside of it. Some people in the country believe that it is inappropriate for women to participate in sports and their negative attitudes towards women are usually reflected when women play sports. Because of the stigma on gender in Iraq, women choose not to take part in physical activities.

This is quite apparent in the opinion expressed by Nihad Mohamed Qais, a 22-year-old student at the Faculty of Art / Arabic Language. “I don’t like women’s participation in sports. It is not a civilized phenomenon. Therefore, I will not allow my sister or a female relative to participate in sports or to join an athletic club or faculty,” Qais said.

Some women support the interaction of females with sports, while men do not. One particular supporter is Dhikra, a 20-year-old young lady who lives in Iraq. “I do encourage women’s engagement in sports, provided that they do their exercises in the absence of men so that they will feel at ease, at least concerning wearing the sports uniform.” Dhikra said. “I believe that religious considerations are the main reason behind the families’ objections to their daughters joining faculties of sport”.

These days, countries from around the world are on the rise to helping promote the empowerment of women and young girls. Both professional and recreational sports are changing cultures to embrace more activities, healthier lifestyles and encouraging others to do the same. Women are overcoming social, political and religious barriers to assert their right to sporting life and participating in activities they were barred from before.