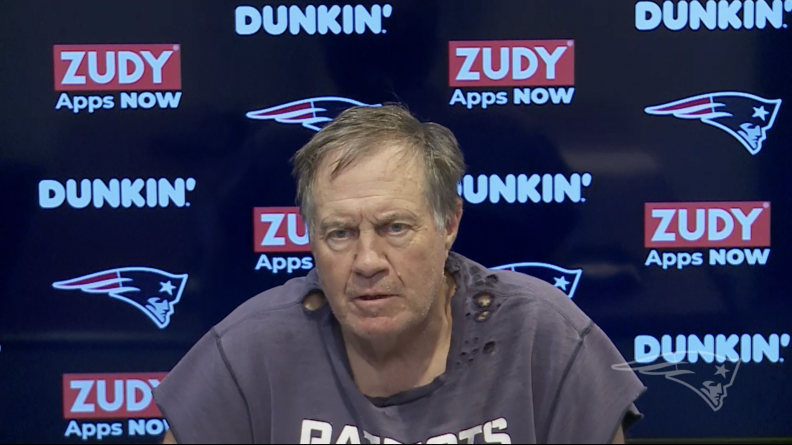 It got kind of awkward

Tom Brady just punched a ticket to his tenth Super Bowl, but this will be the first without his long-time head coach Bill Belichick. Last season, the rift between the two resulted in Brady taking his talents to Tampa Bay. With last weekend’s victory, it is evident to Brady that his time with Belichick is over. Belichick, however, has made one more Hail Mary attempt to get back with his ex-quarterback.

According to witnesses, this week, as the Tampa Bay Buccaneers practiced in preparation for their showdown with the defending champion Kansas City Chiefs, a rambling Belichick stumbled into the practice facility in an attempt to win back his “forever signal-caller.”

“I told him he can’t be here, and he just starts talking all crazy like, ‘I’m here to coach Tom Brady’ and how he knows this Bruce [Arians] guy isn’t the soul-coach for Tom,” a now-fired security guard recalled.

When Brady finally confronted his past coach, “Belichick literally went through the five stages of grief right before our very eyes,” one witness said.

According to a bystander watching this unfold, it began with denial when Belichick just kept pretending to coach Brady as it was before. “He was trying to call out plays he wanted them to run, blowing a whistle at random times, trying to talk to players who weren’t even there.”

Then it moved to anger when Belichick—in an incoherent rant—called Brady a “football-deflating fraud.” It slowly moved to bargaining, when Belichick began apologizing, telling him: “Cam [Newton] was just a fling,” how he would “Never even think about looking at Jarret [Stidham] again” and how he was “never even thinking about dumping [Brady] for Jimmy [Garoppolo].”

Many witnesses left as Belichick moved to the depression stage, which ended with him weeping on the practice field. At this point, current head coach of the Buccaneers Bruce Arians approached Belichick. “Come on man, can’t you see, Tom’s done with you. Stop embarrassing yourself. Just leave.”

As Belichick pulled himself together, he finally reached acceptance, wishing Brady well, and telling Arians: “Take good care of him. He’s special,” before drying off his eyes with his short-sleeve sweatshirt. Some say he even had a happy grimace on his face as he ambled away.