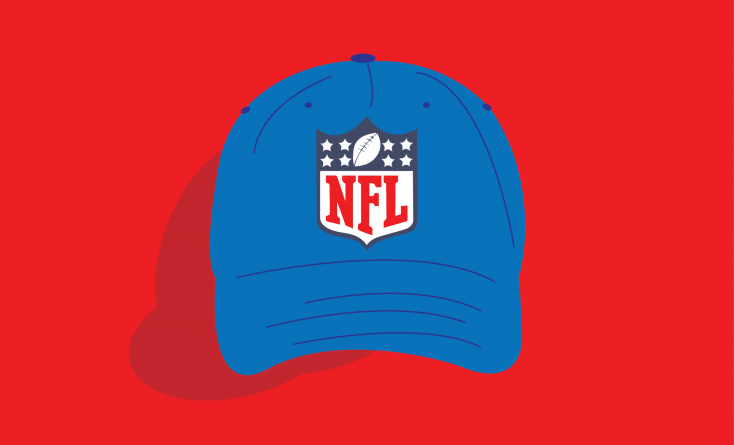 As the league prepares for the NFL draft, free agency marks the beginning of a new league year

As the National Football League (NFL) enters the second month of the offseason, all teams have begun gearing up for next fall. With free agency starting on March 17, it marked the beginning of the next chapter, with a lot of teams looking much different than before.

Because COVID-19 prevented the majority of games from having fans in attendance, the league lost a lot of revenue. This was evident in the salary cap decreasing down to $182 million for 2021, and teams had interesting decisions to make when it came to key veterans making large amounts of money, like cornerback Malcolm Butler, offensive tackle Eric Fisher, linebacker Kwon Alexander and many more. As the salary cap will recover over time, this period of free agency saw a lot more short-term deals, as players hope they can cash in at a later date.

The reigning Super Bowl Champion Tampa Bay Buccaneers were a key storyline heading into this year’s free agency, as they were set to have key contributors hit the open market. As is with many Super Bowl winners, their starters would be a hot commodity, and it was unclear how many they would be able to keep. As a way to help with the money aspect of it, starting quarterback Tom Brady signed a one year extension with the team that allowed him to create salary cap space for the Buccaneers. With this, they were able to bring back wide receiver Chris Godwin, key linebacker Lavonte David, pass-rusher Shaquill Barrett, running back Leonard Fournette, tight end Rob Gronkowski and defensive tackle Ndamukong Suh. This meant that all 22 starters from the previous year will be back this upcoming season, making it the first time since 1979 a Super Bowl winning team brought back all starters on offense and defense.

As Brady prepares to run it back with the same team, his former team—the New England Patriots—decided to take a different approach to this year’s free agency. Usually known as a team that drafts their talent, they came into free agency with over $56 million to spend—and they did just that. Aside from re-signing quarterback and former MVP Cam Newton, head coach and general manager Bill Belichick gave him the weapons he was missing last year, signing the top two free agent tight ends available, Hunter Henry and Jonnu Smith. They also signed wide receivers Nelson Agholor and Kendrick Bourne, who will be an upgrade over last year’s frustrating core. To bolster their defense, they added former Baltimore Raven Matt Judon on a four-year $56 million deal, and brought back Kyle Van Noy after he spent the past season with the Miami Dolphins. Overall, the Patriots decided to go all in and after their disappointing season last year, they have set themselves up for no excuses next season.

Teams in the NFL have the tendency to not let great players hit the open market, but players who can have an impact are always available. A pair of high round wide receivers—Corey Davis and Curtis Samuel—both landed with teams that are needing that extra boost. Davis is joining a young New York Jets team with a new head coach, hoping to find his consistent stride. After getting selected fifth overall in the 2017, Davis had his best season last year, and is hoping to give New York the potential he has shown at times. In Samuel’s case, he joined the Washington Football team and star wide receiver Terry McLaurin as another target for a team that lacked at the No. 2 receiver spot last season. Samuel is also coming off his best year, and can be used as both a catcher and runner, adding another element to a Washington Team that won the NFC East last year.

After much talk about the possibility of both Deshaun Watson and Russell Wilson being traded, it has become evident that those moves are unlikely. With the Seattle Seahawks turning down offers for Wilson and Watson for being involved in sexual assault allegations, both star quarterbacks seem like they will stay in place for the time being. Because of this, the Chicago Bears signed Andy Dalton, who took over for the injured Dak Prescott last season and showed some flashes of good. The former longtime Cincinnati Bengal will have a fresh start in Chicago, where he is expected to start. The Bears have struggled for a long time in finding a franchise quarterback, but with former No. 2 pick Mitch Trubisky not being brought back, they had to start fresh. What was seen as another possible destination, the Washington Football Team decided to bring in veteran journeyman Ryan Fitzpatrick into the mix to hold the spot for the time being. While it is still an open quarterback competition, Fitzpatrick gives Washington some stability for at least next season as they defend their division crown.

With Mitchell Schwartz, Richard Sherman, Antonio Brown, Jadaveon Clowney and many more intriguing names still on the market, a lot of teams might wait until after the draft to assess other needs. Like with everything else, the pandemic has changed the way the draft process is working this year. In a normal season, the NFL combine would take place first in late February, and pro days would subsequently be held shortly after. That, however, has changed this year, as the combine list of 323 was still announced. The difference between this year and others is that this year players will workout at coordinated third-party pro days. Rather than the big public event, how a prospect will be promoted depends on how well they do at their respective pro day and visible they are to the media.

With Clemson quarterback Trevor Lawrence most likely being the No. 1 pick, the rest of the draft remains to be seen. But, there was a shake up in the draft order that gave more of an indication of what kind of draft it would be.

The San Francisco 49ers made a move into the top three, as they traded away this year’s No. 12 pick, a first rounder in 2022 and 2023, and third-round pick in 2022 for the third pick held by the Miami Dolphins. As starting quarterback Jimmy Garropolo has struggled to stay healthy, the move almost assures that San Francisco is looking towards the future at the quarterback spot. Almost immediately after the Dolphins acquired the No. 12 pick, they flipped it and traded back up to the No. 6 pick. In exchange, Miami sent the Philadelphia Eagles an additional first round pick next year, and the No. 123 pick this year. With a possible flurry of quarterbacks in the top five, Miami could be in prime position to acquire an elite prospect like offensive tackle Penei Sewell or tight end Kyle Pitts.

With so many questions remaining between now and the NFL Draft and many veterans still available, free agency is far from over. The league is entering uncharted territory when it comes to the draft process, but with so much uncertainty when it comes to who is going where in the draft, the interest remains high even two months after the Super Bowl. Written by: Omar Navarro — sports@theaggie.org