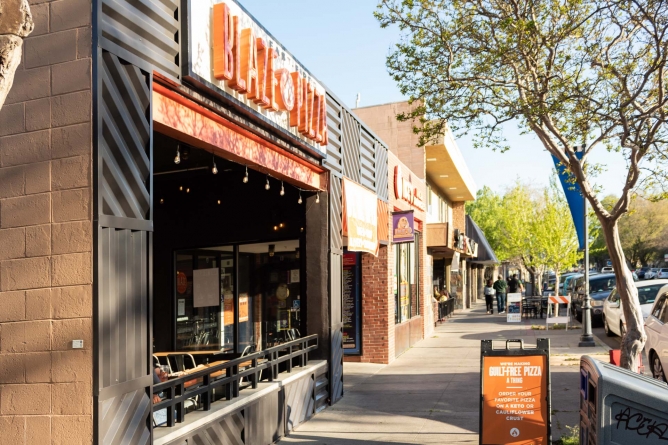 Healthy Davis Together, a partnership between UC Davis and the City of Davis that works to prevent the spread of COVID-19, offered students $75 “staycation” grants for staying in Davis during spring break. Students could redeem the grants at one of four Davis businesses that sell products in different categories: Get Active, Get Artsy, Home Improvement and Let’s Stay In. The goal of this program was to minimize travel and support local businesses during the pandemic.

The grants were given on a first-come, first-served basis. While there were originally 500 grants to be distributed, the overwhelming response from students prompted Healthy Davis Together to increase this number to 2,000.

John Christian Aguas, a fourth-year managerial economics major, received one of the grants. He used the money to buy running shoes at Fleet Feet, a local athletic store.

“I just recently got into running, so it was very useful for me to get that grant,” Aguas said. “It’s good to know that UC Davis, as a whole, cares about their students and their community.”

Aguas stated that from his perspective, the grants effectively kept students in Davis during the break. One suggestion he had for improving the program is to decrease the amount of money per grant to $50 and increase the total number of grants distributed to allow more students to participate in the program. He also suggested expanding the categories so that there would be more options to choose from and more stores that could benefit.

“I think most people would appreciate the free money, no matter the amount,” Aguas said. “Another good part about this opportunity is that it’s supporting small businesses while keeping students safe. Having another category, maybe food, could have incentivized more people to find out more about this grant.”

Michael Prather is the manager of Fleet Feet, one of the four stores that participated in the grant program. Prather stated that the grants were a great help to Fleet Feet, especially since the store was shut down in March 2020 and did not reopen for many weeks because of COVID-19.

“The financial benefits of the program were substantial to our store and are going to make a huge difference in how we can serve the Davis community,” Prather said. “The most exciting part of the week for us was feeling like we made so many new friends and got to help so many new people.”

Since the store reopened last spring, they have gradually built back their customer base and are seeking out new customers. This effort was aided by the grants, according to Prather.

“Many students had never visited our store and had no idea about the products we carry, services we provide and running groups that are part of our store,” Prather said. “The grants allowed us to reach this new audience.”

He described the grant program as a success, reporting that the store had consistent visits from students throughout the week.

“The entire Davis staff was so excited to work with students last week,” Prather said. “The students were respectful of our [COVID-19] policies and patient during a very busy week. The students brought great energy and excitement to the store.”

Prather encouraged students to support local businesses during the pandemic, not only by shopping local, but also by understanding how local businesses can serve them. For example, Fleet Feet has regular running groups on Tuesdays at 6 p.m. and also offers training groups for people who are looking for direction in their running.

“Students can continue to support us through shopping with us, but we want them to be part of our community,” Prather said. “We would love more students to join our running groups, engage with us on social media or come experience our store.”

Jina Fahrni is the manager of The Avid Reader Bookstore, another store that participated in the program. Fahrni shared similar sentiments as Prather regarding supporting small businesses and encouraged students to take note of the unique services that local businesses have to offer. According to Fahrni, The Avid Reader established an effective online ordering system. If carried by their distributor, customers can receive most of the titles within a day or two.

“We can do just as well as Amazon, as far as speed of delivery,” Fahrni said. “It’s nice to support local businesses instead of going online and supporting Amazon, which doesn’t really get back to the community.”

Students were able to redeem the grant at either The Avid Reader or at its nearby sister toy store, Avid & Co. Fahrni stated that a total of 541 students visited the store to redeem their grants, while about 50-60 grant recipients did not redeem them.

“That’s a great increase in foot traffic for us and just business overall,” Fahrni said. “It was fun to see all the new faces coming into the store, and it was nice that they could be introduced to our establishment. It was a win-win situation.”Written by: Liana Mae Atizado— features@theaggie.org