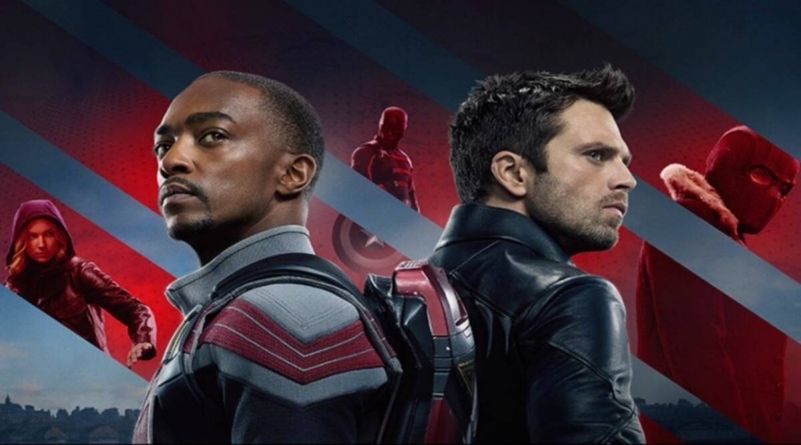 The series takes a new approach to superheroes, giving fans something to look forward to every Friday

“Falcon and the Winter Soldier” is Marvel’s newest addition to Disney+ featuring Falcon Sam Wilson (played by Anthony Mackie) and Winter Soldier Bucky Barnes (played by Sebastian Stan). The series takes place after the events of “Avengers: Endgame,” when Steve passes the title of Captain America onto Sam. However, in the series, fans see that Sam doesn’t want the title and instead donates the shield to the Smithsonian, which ultimately results in a disappointing attempt at a replacement for Captain America. This series focuses on Sam as he tries to readjust his life after being gone for five years due to The Blip, his attempts to save his family’s business and Bucky readjusting to life with post-traumatic stress disorder (PTSD).

I’ve always been one to appreciate less action-packed episodes in TV shows. I love when the audience can take a break from the main action and get to know the characters; this is why I immediately loved “Falcon and the Winter Soldier.” We were given minimal fight scenes in the show, and instead showed events that happened after The Blip. We see Bucky dealing with his PTSD and seeing a therapist, trying to make amends for his actions that occurred when he was under hypnosis working for Hydra, and we see Sam trying to reconcile with his family.

I’ve always wondered what happens to superheroes after a big event and how the physical damage caused affects civilians. The Blip was an especially intriguing event considering that for five years, half of the Earth’s population completely disappeared, which had to have had some drastic effects on just about everything. What I love about “Falcon and the Winter Soldier” is that they address those effects. The entire series revolves around an anarchist group that prefers the way things were when The Blip took effect. The plot line is exactly what I’ve always craved; it doesn’t simply give us a minimal nod to the past. It is exploring the aftermath of a mess that was created.

Although I would have loved the characters to get the peace and quiet they deserve, it wouldn’t have been a Marvel show without adding some unnecessary pain into their lives. That is where the Flag Smashers come in. The Flag Smashers is the anarchist group that our beloved superheroes are up against in this series. Instead of the usual superhero vs. supervillain plotline, we see our heroes fighting against an ideal. There is an entire group dedicated to the belief that the world was better when The Blip occurred, where there was a nation without borders.

Like all villains, the Flag Smashers blatantly ignore the consequences of their actions and do whatever they can to achieve their own goal. But with an entire group being set on this ideology, it’s hard to see how Sam and Bucky will conquer this new villain. Taking out the leader of the group only solves a piece of the puzzle. The followers of the cause still remain and the ideology persists. With this type of villain, it doesn’t look like an easy fight, and I am extremely excited to see how it plays out.

The series also sheds light on villains, which is appealing to me. The Flag Smashers are a group with superpowers that mimic the super-soldier serum Captain America was given, but fans predict that they could be mutants, and this may be how Marvel introduces the X-Men series into their productions. All predictions aside, we detect a few good features in our villains, and this builds a conflicting relationship with them. In one scene, a member of the group altruistically gives up his life so that his friends can get away, commiting an ultimate sacrifice where viewers are left wondering if Flag Smashers are really the villains at all in the show.

I’m hoping to see a potential plot twist surrounding this anarchist group and the new Captain America called in an attempt to replace Steve. The replacement is introduced as a seasoned veteran with multiple medals and a kind heart—maybe it’s A-plus acting, or maybe it’s the fact that I wanted to see Sam become Captain America, but something about the new Captain makes me suspect that he isn’t going to be the good guy he’s portrayed to be.

All of this combined with my favorite bickering duo, the show was bound to steal my attention. Sam and Bucky have always fought like siblings and their small scenes of anger toward each other are the light chuckle needed in a dark show. However, while their arguing was once about moving the seat forward in a crouched Buggie, it’s now about never talking to each other again. As Sam gave up the shield and didn’t step into the Captain America role, they found a washed-out replacement for our star-spangled superhero.

This is why I’ve always supported Steve’s decision to bring Sam in as the newest Captain America. I admired Sam’s willingness to do the right thing and I loved the friendship he had with Steve; it made sense that he became the new Captain. This change also helps establish the representation that is desperately needed in popular media. A Black man as Captain America gives the writers a platform to talk about racism, to speak about prejudices and to touch on heavy topics that are often ignored.

A mere two episodes in and viewers are able to witness the blatant discrimination and systemic racism that Black men face. During the second episode, the police see Sam and Bucky arguing on the street and ask Sam for his ID while making sure that Bucky is okay. This short interaction in the series not only shows the injustice that people of color face but also the white privilege that is pervasive and often overlooked. Examples of privilege acknowledged in the episode include when Bucky is asked by the police if Sam was bothering him and Bucky insisting that Sam just show the police his ID. These types of conversations are important to have and I’m looking forward to seeing how the rest of the season evokes similar discussions.

“Falcon and the Winter Soldier” is a perfect addition to Marvel’s collection of superheroes. It gives the audience an interesting storyline, two beloved characters and a new type of villain, and all of this combined gives me something to look forward to on a Friday in the midst of a pandemic.