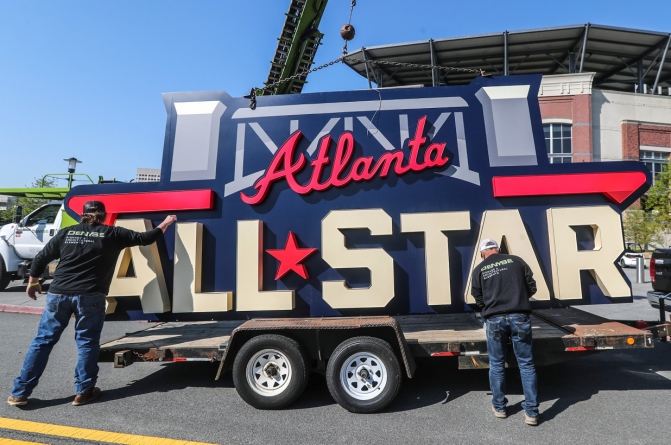 Nobody knows who they’re sticking it to

New voting laws passed in Georgia to appease former President Donald J. Trump, and supporters of the “Stop the Steal” campaign have had responses from all over the political spectrum. The Democrats’ opposition has blasted these new laws as racist voter suppression, while Republican backers have praised them as measures that ensure the security of the ballot box. Meanwhile, Trump has blasted these laws as “too weak” and decried the Republicans in support of the Georgian law as Republicans in Name Only (RINOs).

Shortly after these new laws were passed, Major League Baseball (MLB) announced that the 2021 MLB All-Star Game would be moved out of Atlanta—one of the many corporate responses to the new voting laws in the wave of economic backlash.

GOP lawmakers had a strong response, with Republican senators putting forth legislation to end MLB’s antitrust exemption, a huge move that could change the business of baseball. On the other hand, Republican Senator, Senate Minority Leader and filibustering fiend Mitch McConnell warned CEOs to stay out of politics. According to reports, in order to really stick it to these meddling corporations, McConnell remains staunchly opposed to raising corporate taxes.

Meanwhile, on the other side of the spectrum, President Joseph R. Biden encouraged the MLB to move their All-Star Game out of Georgia by labeling these new voting laws as “Jim Crow on Steroids.” Biden would have probably been closer to the truth if he had said that Jim Crow was this new Georgia law on steroids with a hidden camera in center field. Surprisingly, MLB decided to condemn something that was allegedly on steroids before it made them a ton of money.

Reactions to the MLB’s move in the political sphere seem to be divided along partisan lines. Many on the left praised the bravery of a multibillion-dollar corporation that pays its minor league players poverty wages, while many on the right decided that corporate power is a problem only when it is turned on them.

All this continues without asking the important questions: How effective will this move by the MLB and other corporations be in changing legislation? Why do corporations have this much power? And without all this, would anybody care about the MLB All-Star Game?

Written by: Ean Kimura — etkimura@ucdavis.edu
Disclaimer: (This article is humor and/or satire, and its content is purely fictional. The story and/or names of “sources” are fictionalized.)