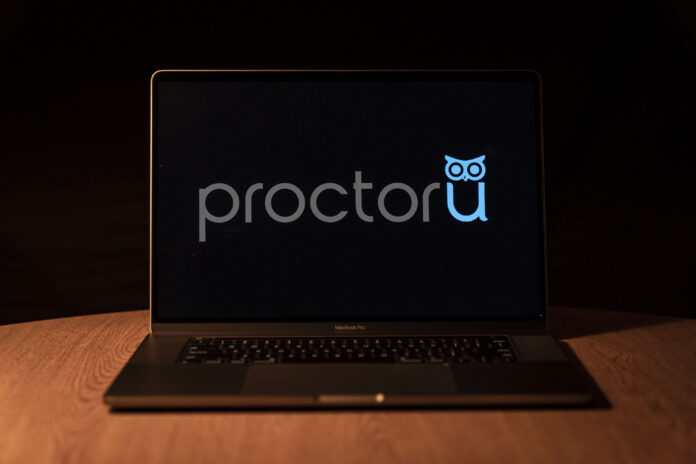 Many students have become accustomed to the remote learning norm of open-book, open-note test taking and are worried about rigor of the traditional classroom

In late December, the university announced its plan to return to in-person instruction in fall 2021. Chancellor Gary May and Provost and Executive Vice Chancellor Mary Croughan wrote that as local and regional conditions related to the COVID-19 pandemic have improved significantly, it is expected that students will be back to the classroom at full-occupancy come fall.

While most students are eager to return to in-person instruction, the online classroom has introduced many accommodations and perks that students are anxious to give up. For many, it will be bittersweet saying goodbye to open-note and open-book exams.

First-year students and the transfer class of 2022 have never walked into a lecture hall, pulled out a scantron and taken an exam at UC Davis.

Tayra Eidenbenz, a first-year neurobiology, physiology and behavior major, said that she is moderately concerned that in-person exams will be more rigorous since all of her tests during her first year have been open-note.

“I am concerned that I won’t be in a comfortable environment,” Eidenbenz said. “I don’t need all of my resources to take the tests I am taking, but it’s definitely been reassuring. I am just afraid that if I don’t have that reassurance, I will second-guess myself rather than just confirming an answer with my notes on the exams next year.”

Alexandra Schmidt, a first-year biological sciences major, said that while most of her exams this year have also been open-note, she speculates that her instructors considered this policy when developing exams.

“It’s definitely been nice to be able to refer back to my notes during exams,” Schmidt said. “When I was taking a lot of chemistry classes, I think my professors would make the exams harder because they’re open-note.”

In an interview with the Editorial Board this past spring, May said that the administration and Academic Senate are discussing what accomodations and flexibilities that have arisen in the pandemic should continue when in-person instruction resumes.

May also noted that the administration is devising a plan to phase out pandemic practices and return to normalcy over time, noting the mental health implications of an abrupt return to the rigorous standard of the in-person classroom.

Jeff Chen, a third-year electrical engineering major, is hopeful that the practice of recording lectures will stick around.

“I think that having recorded lectures has been really nice and helps a lot with learning,” Chen said.

Eidenbenz agreed and said that while she is nervous to return to traditional exams, she has a slew of more pressing concerns such as navigating the campus.

“For my year, class of 2024, we’ve never been to a lecture hall before,” Eidenbenz said.
“We don’t know how to get around campus. We don’t know how to bike with thousands of people to get to class on time. How does that work? Those are more concerning to me than the fact that I can’t use my notes on a test anymore.”

Eidenbenz said an in-person orientation program would be “phenomenal” to prepare students to attend UC Davis and allow students to cultivate connections with their class.

“Class of 2024 is defined by the fact that we spent our entire first year in our dorms,” Eidenbenz said. “That wasn’t just my dorm to me. That was my lecture hall. That was the place where I ate, slept—everything. That was my whole life for a whole year.”Written by: Rebecca Gardner — campus@theaggie.org