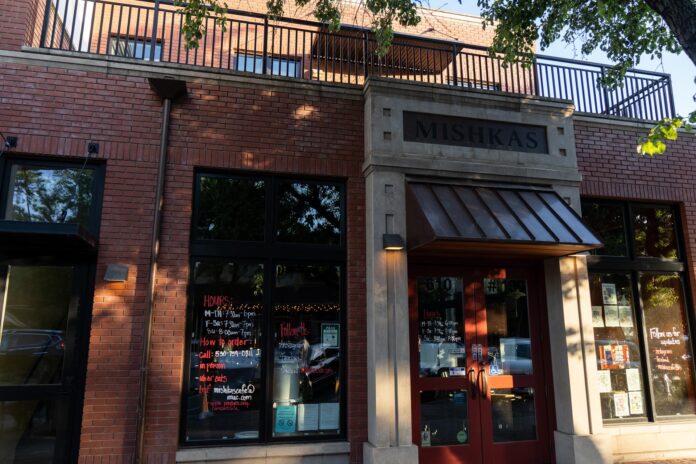 About 20 married couples have met at Mishka’s, according to the café’s owner

Mishka’s Café, a popular coffee shop in Davis offering a wide range of drinks, pastries and snacks, won both best coffee with 40.7% of the vote and best matcha with 64.6% of the vote in The California Aggie’s annual Best of Davis competition.

“As of next month, we’ve been around for 26 years,” said Alison Biggs, a manager at Mishka’s who graduated from UC Davis in 2005. “It’s nice to be a part of the Davis community. I think [the award] is a reflection of the great customer base that we have.”

Sinisa Novakovic, the owner of Mishka’s and a UC Davis undergraduate and graduate school alumnus, spoke about the impetus behind founding the café during the 1990s.

Novakovic immigrated from the former Yugoslavia during the 1980s. He majored in genetics and minored in Russian as an undergraduate, and later studied the microbiology of retroviruses in graduate school. While attending school in Davis, he found himself missing the café culture that he enjoyed as a teenager in Europe.

“Having spent my high school years in Europe inside coffee shops, I thought it would be nice if the city of Davis had a nice traditional coffee shop where people could sit down and hang out and study—a café in the Old World tradition, where people try to be together,” Novakovic said.

Novakovic highlighted Mishka’s attributes, including Venetian plaster in the interior of the café, good lighting, comfortable chairs to sit on rather than benches and organic fair trade coffee.

It’s this atmosphere, he explained, that makes Mishka’s unique and the site of many meet-cutes over the years.

“We have close to 20 couples that have come to me and said that they met at Mishka’s and are now married and have kids,” Novakovic said.

Bri Yount, another manager at Mishka’s as well as a local of Davis, also talked about what the Best of Davis award means to the café.

“We were all super stoked because we worked super hard this past year, and we were pretty much one of the only coffee shops open in Davis during COVID-19, and it feels like we were honored for that,” Yount said. “We’ve always been a runner-up and never a winner.”

Novakovic also talked about the sense of community that Mishka’s employees build with one another, a process enhanced by his focus on hiring people who can connect with customers and with one another.

“We interview mostly undergraduates [for positions here],” Novakovic said. “I like to run the place as a warm, friendly place rather than a corporation, so it’s important to have people who are nice and collaborative. Generally when we hire someone, they work here all the way until they graduate, and they end up being closer with their colleagues than they are with the people in their classes.”
Written by: Rebecca Bihn-Wallace — features@theaggie.org